When Maurice Jones-Drew first entered the NFL, he was considered a specialty back taking reps in certain series and being used primarily in a third-down role. Flash forward six seasons, three All-Pro selections and an NFL rushing title later and MJD is right back where he started.

After a 38-day holdout from Jaguars camp, seeking a new, richer contract, the 2011 rushing champ returned to his team on Sunday and was greeted with the No. 2 tailback jersey by new head coach Mike Mularkey. The role likely isn't a permanent one as Jones-Drew is still one of the best, if not the best, running backs in the game. But as in shape and physically gifted as he is, Jones-Drew still needs time to acclimate his body to the lightning quick speed of the game and the rigors of NFL tackling. Not to mention he's still new to the offensive system that Mularkey brought along in the offseason.

In reality Jones-Drew remains the best running back on the Jacksonville roster, and don't let any Rashad Jennings propaganda convince you otherwise. But given his time away, there could be a lot more at stake than just the money that MJD decidedly left on the negotiating table by caving to the pressures of new owner Shad Khan.

Jones-Drew's decision to report before the season was a wise one for a number of reasons, not the least being that he's still going to earn a hefty $4.45 million in salary this season but also to try and add more leverage to his case for a new deal as he approaches his contract season in 2013. Yet, even as Jones-Drew undoubtedly made the right call in coming back to his team, his decision to hold out in the first place could cost him more than just money in the end.

As MJD enters his seventh season in the NFL, he's slowly creeping closer to the dreaded 30-year-old marker, which is treated like the plague when talking about running backs. Asking for a multiyear deal after 30 at that position would be like a DH seeking more than a one-year pact at any point after 35 in baseball — not going to happen. For that reason alone, MoJo was rightfully empowered to seek a more lucrative deal, especially after coming off what could arguably be the best season of his career. In the end, though, it could mean less carries and even fewer red zone opportunities for the feature back.

Jennings, a seventh-round pick of the Jags in 2009, has established himself as a quality backup over the past few seasons in Jacksonville. And in Jones-Drew's stead this preseason, Jennings has taken an even bigger role in the Jaguars offense. He's been given a much bigger workload during the preseason, carrying 11 or more times in each of the four preseason contests, and finding open lanes to reel off 10-15 yard runs at times.

Keith Totson's presence also presents an issue, as the former Rams special teamer has found open space of his own and even played through a hamstring injury in the preseason finale to the tune of 13 carries for 71 yards — not too shabby.  He also offers up a bigger frame near the goal line at 5-foot-11 and 215 pounds, which means the 25-year-old could vulture some touchdown trots from MoJo as well.

There are plenty of scenarios and situations where Jones-Drew will lose carries, touchdowns and even responsibilities this season, even in spite of his tremendous talent. He'll still maintain that elite talent, and who knows, maybe if the Jags are just as bad as in 2011 they'll decide to trade the 27-year-old back for a few high draft picks and continue their rebuilding process. That could accomplish plenty for the Jags, aside from putting butts in seats — of which Jones-Drew helps more than anyone — but MJD may not find the same sort of solace in a move to a new franchise.

He has stated time and again, even among trade suggestions from he and his agent, that he truly does want to remain with the Jaguars. That may not be possible, though, especially if the Jags find out that using a combination of Jennings and Totson can adequately make up for MoJo's production. It wouldn't be quite the same as having a 1,600-yard monster in the backfield, but sometimes it's merely about the ends and the means become irrelevant.

That is exactly what Jones-Drew doesn't want: a trip to the unimportant line. But this season in Jacksonville could serve as that exact mode of transportation. A couple of touch snipers and touchdown vultures could severely impact Jones-Drew's value to his own team, but even more importantly it could impact that value to other teams on the open market.

At times a holdout can be the perfect protest to secure a new and better valued deal (see: Darrelle Revis, at least the first time around).  But in the case of Jones-Drew, as well as that of Wes Welker and potentially even Mike Wallace, the reward might just not be worth the risk involved.

Photo of the Week

This may be the only time you'll ever see Gronk scowl.

Aww man forgot I had to be to work at 7

Quote of the Week

I think there may be just a little less at stake.

"It's no different than going to the Super Bowl."
— Steve Smith on Carolina practicing in Bradenton, Fla. in preparation of Week 1

Video of the Week

Greg Jennings. One of the freshest-smelling wideouts in the league.

Have a question for Luke Hughes? Send it to him via Twitter at @LukeFHughes
or send it here. 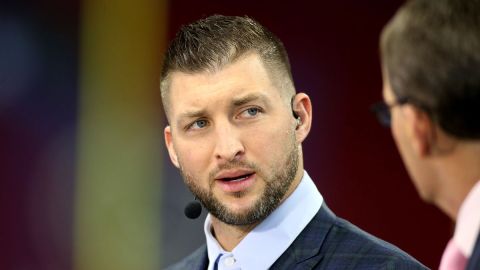 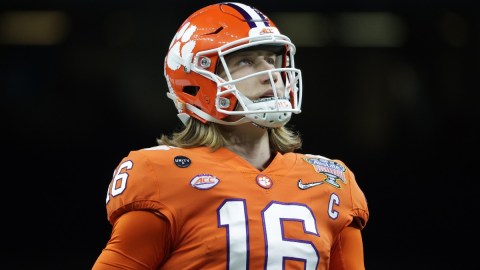 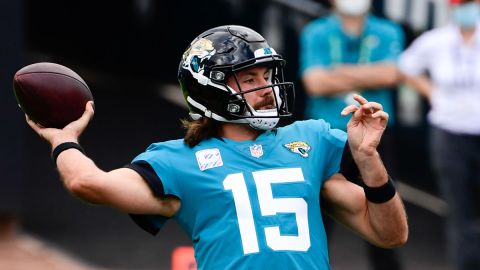