Game over, Celtics win 105-75: The refs pretty much put away their whistles for the final three minutes of this, encouraging everyone to just vacate the premises as quickly and incident-free. So if it feels like you saw Micah Downs and Dionte Christmas get mugged a couple of times with no call, your eyes did not deceive you.

The biggest takeaway from this one is that the season is not a lost cause, as some alarmists may have feared after the Celtics dropped their exhibition opener in Istanbul. Rajon Rondo was excellent, playing six fewer minutes this time but playing arguably better with 17 points and six assists — although his four turnovers again were a problem.

Jeff Green continued to be the Celtics' best player in the preseason. He matched Rondo's team-high 17 points and essentially played four positions (power forward, small forward, point-forward and shooting guard on a few plays with the second unit) to help the reserves turn a relatively tight game into a runaway Celtics victory.

Fourth quarter, 6:24, 94-59: There is no way to sugarcoat it. Courtney Lee was atrocious in his Celtics debut. It can be tough for a player to break in with four other starters who have played together a while, though, so Lee should not be judged on one game. He was much stronger in Milan, making good decisions offensively and picking up only one personal foul (so far) after fouling out on Friday.

Lee hit four of his first five shots, including a fancy reverse layup, to give him 11 points. He also joined Green and Sullinger in getting to the line, with that trio of new guys (Green counts as a "new guy" as far as I'm concerned) combining for 10-for-13 from the stripe.

End of third quarter, 81-59: Even though he had sort of a breakout year last season, Bass was a one-trick pony on offense. His scoring amounted to popping out for an 18-foot jumper off a feed from Garnett in the post, and while it was effective most of the time, good teams like the Heat easily snuffed that out.

If Bass can develop the ability to set a screen on the ballhandler's defender and pop out for that same 18-footer — an ability he has displayed with Rondo and Terry in the first two exhibition games — it would add another formidable tool for the Celtics on offense. Oh yeah, and Bass still works hard, with six boards in less than 18 minutes on the court.

Third quarter, 2:44, Celtics 74-55: Terry is a funny contradiction. He is obviously immensely confident, as he loves to refer to himself by his third-person nickname, "The Jet," and gets tattoos of the Larry O'Brien Championship Trophy seemingly every other weekend. But he is also humble enough to accept a reserve role on every good team he has been a part of, and the Celtics are looking for both parts of Terry's personality this season.

Terry exhibited he confident side in the third quarter, slowing up behind the 3-point line on the wing despite having 10 feet of space ahead of him on the break. He calmly toed the line and sank a transition three.

Third quarter, 5:42, Celtics 66-55: The Italian League will never be mistaken for the NBA — or even the Big East — but Gentile is one guy who can play a little bit.

The 20-year-old guard drilled an and-one 3-pointer to help Milano get near to closing within single digits, giving him 11 points for the game. He added five assists with only one turnover, and was 4-for-6 from the foul line.

Halftime, Celtics 55-42: The Celtics did not appear to be headed for another depressing loss in the first half of this one. They owned the second quarter, riding another stellar frame by Green to outscored Olimpia Milano 21-11. Green had nine of the Green's 21 points. (see what I did there?)

Terry continued to show off a better-than-advertised point game. He opened up Bass from a jumper from the top of the free throw circle, and the Celtics have actually been better with him on the floor than Rondo. But Rondo also had 17 points in the first quarter, so we won't kick him off the team just yet.

Second quarter, 3:02, Celtics 52-35: Milicic might never be a star, but he looks like he could be a key part of the Celtics' plan this season. The 7-foot, 270-pound behemoth wasted little time contributing six rebounds, three blocked shots and three assists off the bench. If he keeps this up back in the states, the Celtics will have an intriguing combination at the five of Garnett, Wilcox and Milicic.

Second quarter, 5:44, Celtics 43-35: The Green signing was the Celtics' most maligned move this offseason, but against admittedly lower-tier competition Green looks like he could be a nice toy for Rivers.

Green showed off his driving ability and went to the block to draw tons of contact, getting to the line for six free throw attempts. The ability to get fouled effectively and convert free throws is something that only Pierce possessed last season, so Green's presence would add that element to the second unit.

Second quarter, 8:35, Celtics 34-33: The issue when Rondo and Terry start together is that there is nobody who can play point guard off the bench. Jamar Smith is the closest thing the Celtics have, but playing the point in some of his first NBA action has to be jarring for the natural off-guard.

As the preseason progresses and moves into the regular season, we will have to see what Rivers does in those instances when neither Rondo nor Terry is on the floor. Could Green possibly play some point-forward?

End of first quarter, Celtics 34-31: The Spurs won three championships in the aughts with one overriding defensive premise: Do not give up open 3-pointers, especially from the corners where the distance is closer.

The Celtics subscribe to the same theory, but that thinking apparently was lost somewhere over the Atlantic Ocean. The Celtics gave up eight treys to Fenerbahce and allowed Milano to hit 4-for-7 in the first quarter. Even Cook, who was run out of the NBA pretty much because he could not shoot, hit a corner three for the home team.

Two days after a strong first quarter in Turkey, Rondo was off to another quick start in Milan. The Celtics point guard had 12 points on 5-for-5 shooting less than eight minutes into the game. Pierce also had a soft shooting stroke, drilling his first three shots.

First quarter, 5:55, Celtics 17-15: Maybe Rondo was a little miffed about letting his opposite number run wild in the last game. He came out aggressively looking for his own shot against Milano point guard Cook, scoring five of the Celtics' first six points. Sullinger provided a free throw, and Paul Pierce finally hit the first non-Rondo field goal a little less than three minutes into the first quarter.

Sullinger, the surprise starter at power forward, continued to show off his toughness inside. He drew the aforementioned trip to the free throw line and scored a physical right-handed layup on the block. Milano has kept it close with the long ball, which is part of how Fenerbahce was able to pull an upset on Friday. Antonio Fotsis has so far played the role of Fenerbahce's Romain Sato, hitting two of his first three 3-point attempts.

12:01 p.m.: If this one comes down to the tiebreaker of which team has the most guys named Gianluca on the roster, as these games often do, Olimpia Armani is well-positioned to hand the Celtics another upset.

But Gianluca Basile will not be the player many American fans will recognize. Hoopheads of a certain age will relish an Omar Cook sighting, as the former St. John's point guard now plays for the Italian squad. Cook is most famous for leaving college much too early and fizzling out after just 22 games in the NBA. He was solid for Olimpia Milano last season, averaging 7.3 points and 5.7 assists per game. It appears that Cook, who once broke Mark Jackson's school record for most assists in a single game, can still dish it.

11:29 a.m.: Heading into their second preseason game, the Celtics probably never figured they would face AC Emporio Armani in Milan looking to even their exhibition record at 1-1.

That is precisely what the Celtics aim to do at the Mediolanum Forum, though, after posting an underwhelming effort on defense and being careless with the ball in the preseason opener against Fenerbahce Ulker in Istanbul. Jeff Green and Jared Sullinger were probably the only encouraging aspects of that game, which ended in a perplexing loss by six points.

Worth watching in Sunday's game is the defensive play of every Boston big man not named Kevin Garnett. With Garnett's minutes limited and Chris Wilcox dealing with back spasms, Darko Milicic and Fab Melo need to show that they can keep opposing guards from getting a free road to the hoop. They were unable to do that Friday against Fenerbahce's Bo McCalebb, and unless they improve soon the Celtics should be terrified of what Deron Williams or John Wall could do to them.

See you in about 30 minutes.

8 a.m.: The first international test did not go so well for
the Celtics, who may have expected a walkover in Istanbul but instead left with
a loss to Fenerbahce Ulker. They look to produce a better result in Italy,
where they take on their second preseason opponent, EA7 Emporio Armani Milano.

Jeff Green and Jared Sullinger provided some reasons for
optimism in the first game, and
the rest of the Celtics should try to follow suit in Milan. Kevin Garnett only
appeared for limited duty in Turkey, so expect the same as Celtics coach Doc
Rivers tries to protect his 36-year-old center during Boston's extended
training camp.

Join us for updates and analysis during the game, which is
scheduled to tip off at noon Sunday. 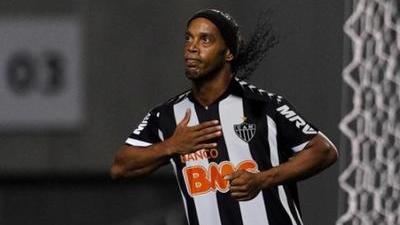