John Farrell Looks Like Perfect Fit as Red Sox Reload for New Era, and That Could Be Enough - NESN.com Skip to content John F. Kennedy and Franklin D. Roosevelt were presidents who carried a nation on the promises of hope and strength even as their bodies crumbled behind the scenes. Gerald Ford may have been competent, but his feet would never let you know it.

Derek Jeter is the epitome of class and the Yankee way, his shortcomings at shortstop and his bachelor behavior excused because of who he has become. Alex Rodriguez is the tabloid story waiting to happen, with no chance that his play ever catches up to his weak image.

In Boston, Bobby Valentine was always a train wreck — even before he became the Red Sox manager, and especially with every day he led the team. While some supported him and hoped for the best, the image of who Valentine used to be and how he would fail again were always hanging over his head, with a near-miracle needed to change the storyline and show that this Bobby V could be different.

The near-miracle never happened. Instead, the Red Sox got a season that couldn't have gone much worse.

The prophecy was fulfilled, whatever reality turned out to be. What was Valentine's fault and what was the wreckage of so many other things gone wrong wasn't sorted out at the end — it was all lumped in the laundry pile that Valentine left behind as he departed Fenway Park for good.

That's what makes the Red Sox' hiring of John Farrell as the next manager so important.

Whether Farrell will make a great manager, turn around a losing team or unite a clubhouse is really not the question at this point. The real question is whether everyone thinks Farrell can do these things.

And, unlike the fans, media and management that all at some point seemed to think Valentine wasn't the right person to manage the Red Sox (some of them giving Valentine a first strike before he even arrived), the vast consensus seems to be that Farrell can make a difference.

If enough people think Farrell is the guy for the job, then that could automatically make him the perfect fit — because, when image is just as important as reality, confidence can do so much good.

While Valentine had shortcomings as a manager last year, the biggest problems during his tenure were always around the team's spirit. The Red Sox just never seemed to have the drive they needed last season to overcome a horrid fall collapse and chart a new path. Veterans faded, and legions of players dropped to injuries.

The team needed a fighter's spirit, an inner confidence and the idea that they were all together, fighting to usurp their public reputation and be something greater. While Valentine did parts of his job as manager well, he never attained that hugely idealistic goal. And it wasn't because he wasn't able as a manager — it's because that idealism takes a special kind of leader.

The Red Sox needed a manager they trusted, and one with whom they would be willing to wipe the slate clean and fight for. Farrell has proven that he knows how the Fenway structure works, both with management and with players, and he has good relationships with many position players and pitchers. He can command respect while calming the team.

Whether or not Farrell has the magic to turn, let's say, Jon Lester's unconscionable slide around, no one knows. But a guy like Farrell walking through the door could do one better — it could give that extra touch of confidence and comfort, that unnamable something that suddenly makes players feel like they're in a safe and strong place, where they start looking to do something greater.

What Farrell brings to the Red Sox is no excuses.

This is the man that management wants, and this is the man that so many players want. They know how he works, and he seems to fit the incredibly high expectation they have in their heads for a manager. That alone gives him a huge head start on anyone else who could have become the team's skipper this year.

Farrell served his time in Toronto, giving that club a decent shot even if he wanted to return to the Red Sox last year. And Toronto gave Farrell respect in return, understanding that, while he may be limited as a manager, a good fit like Boston could make him the kind of manager he could never be in Toronto.

The Red Sox explored another world last year, and now they know what they want in a manager.

The questions now are whether a pitching coach can make a good manager (the MLB track record on that one isn't great), whether Farrell will bring the good parts of the Terry Francona era (or whether he brings the parts that people were trying to get rid of in the first place), whether Farrell can heal and control a clubhouse that has seemed to invent disarray, whether Farrell can navigate the politics that come with running a club, and whether Farrell can make Lester and even John Lackey the pitchers they once were.

But, once again, those questions are secondary. What the Red Sox need more than anything is a return to respectability and a winning spirit.

A good amount of people, including the players, think Farrell has that intangible.

In a world where image is often more important than reality, that makes John Farrell the perfect man for Boston. 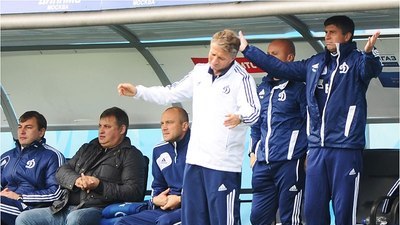