All Bill Belichick‘s second-place finish in the Sporting News’ most overrated coach in the NFL poll shows is that 16 current players are out of their minds.

Belichick hasn’t had a losing season since 2000. He’s the only NFL coach to record three Super Bowl victories in four years. He’s a five-time Super Bowl winner, he’s been to seven Super Bowls, he’s a three-time AP NFL Coach of the Year, he was named to the NFL 2000s All-Decade team and his career head coaching record is 192-104.

The biggest question is why some NFL players feel that the Patriots’ head coach is overrated. As mentioned before, Belichick won three Super Bowls in just four years between 2001 and 2004, but they’ve been to two since and lost. There’s also the whole Spygate issue that’s constantly looming over the Patriots’ heads.

But NFL players especially should know that those “cheating” tactics weren’t only taking place in New England. The fact is that Belichick and the Patriots are simply held to a higher standard than the rest of the NFL due to their success in the early 2000s. Getting to a Super Bowl is no longer good enough for the Patriots. It’s win, or boom, you’re overrated.

It’s a “what have you done for me lately” mindset that we see often in all circles, but especially with Boston fans. It doesn’t matter what Belichick has done for his entire career, or even for an entire season. If the ball doesn’t fall the right way in one game, there’s bound to be supposed “fans” calling for his head. New Englanders overly critique every move the man makes. “Bill Belichick can’t develop defensive backs.” Sure, but he does a pretty good job of developing offensive linemen, linebackers and defensive linemen. Oh, and quarterbacks.

There’s a common thread that Belichick owes his success to Brady, and once the topic of Brady comes up, he no doubt owes his success to Belichick. The fact is, both could survive without the other, but obviously they’re stronger as a pair. In 2007, the Patriots went 16-0 in the regular season. In 2008, Brady tore his ACL in the first game of the season, and New England still managed an 11-5 record. On one hand, that’s still a five-game drop from the previous season. On the other hand, that’s still an 11-5 record without the best quarterback of our generation. And all the credit in the world deserves to be heaped on Belichick for that.

There’s simply no facet of Belichick’s game that can be considered overrated. He has the historical legacy to be considered one of the best ever, and he has the prolonged and recent success to still be considered one of the best active coaches. Coaches like Reid and Norv Turner have held their jobs for years longer than they should given the talent of their teams and the lack of recent success. Marvin Lewis is the third longest tenured coach in the NFL, and he has a .486 career winning percentage.

The players may not have got second place right, but at least they nailed the winner. Rex Ryan is certainly overrated, and he owes that reputation all to his own boisterous claims. 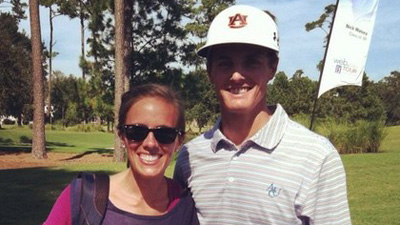