The Blue Jays might as well go ahead and bring in Ozzie Guillen as their next skipper, because if the reported megadeal between Toronto and Miami becomes official, the Jays have a stunning resemblance to the 2012 Marlins.

That’s not exactly a good resemblance to bear, though, considering Miami’s flop of a season, so Blue Jays general manager Alex Anthopoulos and the rest of the Toronto front office is now under an immense amount of pressure to find the right — no, no, the perfect skipper.

As part of what can only be described as a blockbuster of blockbusters, the Blue Jays and Marlins reportedly agreed to a trade on Tuesday that would net Toronto Jose Reyes, Josh Johnson, Mark Buehrle, John Buck, Emilio Bonifacio and a whopping financial commitment.

Reyes just inked a six-year, $106 million deal last offseason, and Buehrle signed a four-year, $58 million contract — major commitments that are on the verge of becoming Toronto’s to deal with. Additionally, Johnson has one year remaining at $13.75 million, Buck has one year at $6 million and Bonifacio is eligible for arbitration after making $2.2 million last year.

Stating the obvious, that’s a lot of money exchanging hands, although with the expenses comes a great deal of talent.

Reyes regressed in his first season in South Beach, but he won a batting title in 2011, has earned four All-Star Game selections, is a menace on the bases and is widely considered one of the game’s premier shortstops. Johnson, a two-time All-Star, has battled injuries in his career, but it’s hard to criticize his stuff and the potential he possesses when healthy. Buehrle is a reliable lefty and a crafty veteran with four All-Star selections and a World Series ring to his credit. Bonifacio is extremely versatile, and Buck was an All-Star with Toronto in 2010 before a couple of subpar seasons in Miami.

That’s quite the haul for a team looking to keep pace in the always tough American League East, but when added to the current crop of talent already in place north of the border, the Jays could wind up in the thick of things in 2013. There’s a major caveat in that assessment, though, and it involves Anthopoulos and Co. making the right decision when settling on a new manager.

The Marlins looked poised to make noise in the National League East last season after bringing in their high-priced free agents, but it didn’t take long for things to go south — quite literally — when Guillen sparked up controversy with some Fidel Castro comments. That incident — in which Guillen praised Castro, later apologized and was suspended five games — set the tone for what would be a dismal year in Little Havana.

A year later, the Blue Jays have to make sure they don’t make an Ozzie-sized mistake. Obviously, we now have the benefit of hindsight when looking at Guillen’s unsuccessful campaign in Miami, but failing to identify and hire the right guy up in Toronto could yield similar on-field results.

Does that mean someone like Bobby Cox will grab the reins? It was a question posed by FOXSports.com in the wake of Tuesday’s news, but the former Braves manager might not be ready to tackle another 162-game slate any time soon. Perhaps the Jays will instead opt for someone with little or no managerial experience like they did in 2010 with the hiring of John Farrell, although one wouldn’t exactly categorize the ensuing results in that case as positive.

No matter what, though, the pressure on Toronto’s GM this offseason just skyrocketed, as the Jays are no longer a team flying under the radar. Anthopoulos certainly made a splash in reeling in some big Fish on Tuesday, but if he doesn’t look at last season’s Marlins as a cautionary tale when it comes to choosing a skipper, he too could be throwing said Fish back into the water among a disgruntled fan base.

Or even worse, his line could snap completely. 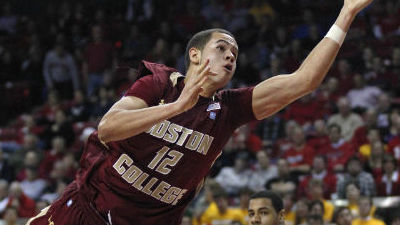