Brendan Rodgers insists Liverpool have no intention of selling Luis Suarez in the January transfer window.

Speculation in Thursday’s press suggested Manchester City has shown an interest in the Uruguay striker — but Rodgers is adamant he’ll remain a Reds player.

“He’s certainly not someone we want to sell or move on,” the boss told reporters at Melwood. “He has been a brilliant player to work with and we want to add to our squad – not take people out of it, especially a world-class player.

“We’ll continue to work and stay focused on what we’re trying to achieve. Luis has already shown in the summer his commitment to the club. He signed a new deal and you’ve seen up until this point, he’s in a great moment in his footballing life here at Liverpool. He’s scoring goals and working well.

“I’ll just continue to communicate with all the players and Luis in particular. He is very, very happy here.

“There will be no bidding war. He is staying here.” 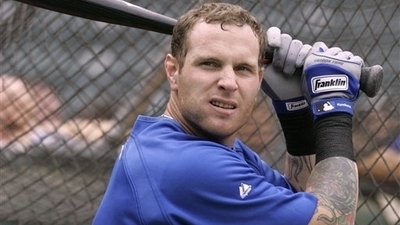 Report: Red Sox Looking to Do Something ‘Big,’ Seen as Potential Player in Josh Hamilton Hunt