I’m dreaming of a plain Christmas.

In a trend that started with the Miami Heat’s all-black-and-white alternate uniforms, NBA teams are excising all flair from their outfits. When the Brooklyn Nets unveiled their new color scheme — if “color” is even the right word — they revealed a stark black-and-white palette that looked like it would have fit in on the cover of a Jay-Z album but might look plain on a basketball court.

Nevertheless, other teams have followed suit, such as when the Oklahoma City Thunder donned a navy-and-white get-up last week. According to ESPN’s Darren Rovell, the fad will get nationwide exposure on Christmas Day, when at least five teams will take the floor with the most single-toned uniforms possible.

The Celtics, whose green uniforms with white numbers are already the most basic in the league, will simplify their look even more by making the numbers green, too, Rovell tweeted Monday. The Nets will also go black-on-black, while the Lakers will class things up with white-on-white (a look Kobe Bryant is familiar with) and the Knicks will try an all-orange ensemble.

Check out the Christmas Day uniforms>>

Is Edin Dzeko or Javier ‘Chicharito’ Hernandez Most Super of Super-Subs? 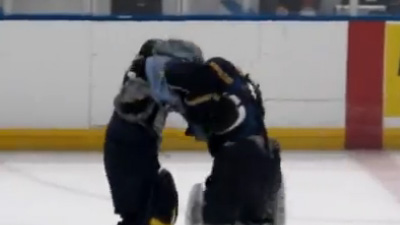