Chinese Teen the Youngest to Qualify for Masters at 14 Years Old - NESN.com Skip to content

BANGKOK — Guan Tianlang of China won the Asia-Pacific Championship on Sunday, making the 14-year-old the youngest player to qualify for the Masters.

Guan closed with a 1-under 71 at Amata Spring Country Club, needing a par on the 18th hole to beat Pan Cheng-tsung of Taiwan. Guan, an eighth-grader who weighs 125 pounds, couldn't reach the par 4 in two shots. He chipped to 5 feet and made the putt.

Guan will be the youngest player at Augusta National in April. He easily surpasses the mark set by Italy's Matteo Manassero, who was about to turn 17 when he played in 2010. It's the second straight year a 14-year-old from China will play in a major. Andy Zhang qualified for the U.S. Open last summer. 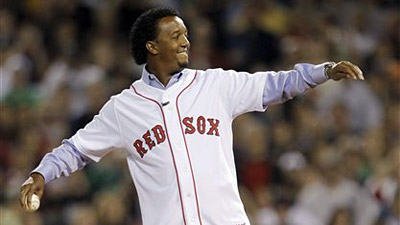