David Beckham will play his last game for the L.A. Galaxy on Dec. 1. That much we know. What he does next is anyone’s guess.

Last week, the former England captain announced that he will end his six-year Galaxy career after MLS Cup 2012. The carefully worded statement made left no doubt that he’s leaving town, but it revealed little about his next move.

Beckham also spoke to the media about his decision, but the 37-year-old was just as coy. He said he’s not ready to retire. He’s seeking one more challenge — at a high level — and he’s “lucky” to have a number of “exciting opportunities” to consider.

The rumor mills instantly spun into overdrive, linking him to moves to clubs on five continents and twice as many countries. Included among them is his old Premier League club, Manchester United, as well as Queens Park Rangers, Tottenham Hotspur and West Ham United in his native London(town). Brazil’s two biggest clubs are also thought to be in the running. Five Australian teams are hoping to lure him down under.

The global soccer icon says he’s committed to growing the sport in the U.S., and he’ll do so as an owner of an MLS franchise. But that can wait. For now, the world is his oyster and he’ll be ready to make his next move his best move.

Check out some of Beckham’s rumored destinations >> 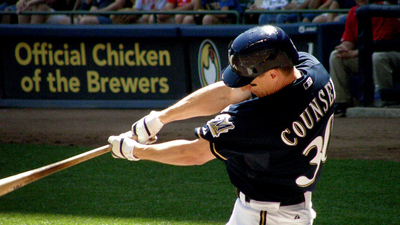