Gregg Poppovich did his job, and because of that, David Stern is ticked.

Popovich is on the commissioner’s bad side after the Spurs coach opted to rest his three best players in Thursday’s game in Miami. Tim Duncan, Tony Parker and Manu Ginobili, along with Danny Green, all returned to San Antonio while their team took on the Heat. Sending players home early is a practice that Popovich has been doing for quite some time. The Spurs, after all, are not a young team. Just last season Duncan was benched for a game with the given reason being “DNP — OLD.”

The problem was, Thursday’s game was on national television. Resting the team’s top three scorers had the effect of embarrassing Stern — or so the commish believed — and the league threatened “sanctions” against Popovich and the Spurs.

“I apologize to all NBA fans,” Stern said in a statement. “This was an unacceptable decision by the San Antonio Spurs and substantial sanctions will be forthcoming.”

For a moment there, Stern’s statement had promise. If only the apology had been related to his needless meddling in a team’s affairs, it would have been one of the smartest things Stern has said in years.

Anybody who has paid to watch an NBA game can understand where Stern is coming from. His job is to increase the popularity of the league, and putting star players on a national stage is the best way to do that — as opposed to, say, trying to squeeze an extra 4 percent of basketball-related income out of the player’s union during a lockout, but that is another story. The NBA scheduled the Heat and Spurs on a late-November night when there was only one other game on the docket because they wanted to bill the matchup as a potential Finals preview. If a future Hall of Fame big man and two potential Hall of Fame guards sit that one out, the playoff vibe wears off a bit.

Unlike Stern, however, Popovich’s job is not to increase the popularity of the league. Popovich’s job is to put his team in the best position to win as many games as possible, and over the last few years he has decided that the best thing for his team in the long run is to rest his veterans at strategic intervals. Thursday was the Spurs’ fourth game in five nights and their sixth straight road game. They had played in Orlando on Wednesday. So he handed Duncan, Parker, Ginobili and Green plane tickets back to southern Texas and said, “Be sure to watch us play the Heat on TNT.” If any of them argued, Popovich could wordlessly point to the Spurs’ two conference finals appearances in the last five years.

Stern was livid, yet LeBron James and the Heat, who were pushed to the brink by a Spurs crew that was also missing injured swingmen Stephen Jackson and Kawhi Leonard, saw the decision as much less of an affront following their 105-100 win.

“I don’t think Pop was in the wrong,” James was quoted as saying. “It’s not in the rules to tell you [that] you can’t send your guys home.”

But James, who got taken behind the woodshed by the league along with his fellow players last fall, also embraced reality.

“The commish made his decision and everybody else will deal with it,” he said.

It is depressingly amusing to hear Stern claim to be a man of the people, the fearless defender of the fans. On his watch, free agency has exploded to the point where players can now effectively hold their teams, and by extension their fans, hostage. He was complicit in Clay Bennett robbing Seattle of its team, and he has been impotent to prevent the Maloofs from putting a similar exit strategy into action in Sacramento. If Stern truly is the fan’s superhero, he is a lot like Bizarro, the Superman knockoff who tries to help people but inevitably only does more harm.

If the NBA wanted a marquee matchup between two top teams, perhaps they should not have scheduled the Spurs to play the end of a four-game, five-night stretch in Miami — after giving the Heat four straight days off. Talk about compromising competitive spirit. That unbalanced schedule would make Stern a subtle hypocrite on this issue, if he were not already an explicit one. Just last season, Stern’s deputy, Adam Silver, said Popovich would not be punished for his practice of resting players and even claimed he would never “second-guess” the veritable Spurs coach. That was eight whole months ago, of course. Stern must assume that the Internet wipes out those stories every offseason.

Stern’s folly, in this instance, is in not recognizing that people at different levels of his organization have different responsibilities and therefore look at the game differently. Rajon Rondo views the game differently than Doc Rivers, for instance, because one is a player and one is a coach. Stern watches the NBA landscape on a macro level. He studies how Dwight Howard‘s trade to Los Angeles will impact the league’s popularity and its bottom line. Popovich watches the same things on a micro level. He sees Howard get traded to Los Angeles and analyzes what it means to his team and their chances against a now-mightier Western Conference opponent. How his decisions impact the league’s financial success or public image are none of Popovich’s concern.

Stern has his job, and his consternation is understandable. Yet the action he has threatened to take against Popovich would, in effect, punish the coach for doing his job. That is a troubling precedent to set, and Stern would be best served to stay out of it. 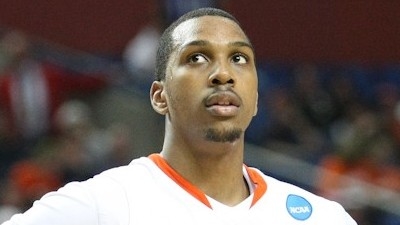