BOSTON — The stands at the TD Garden were filled with
raucous fans decked out in fresh green-and-white garb. Five whole months
without a reason to cheer for their basketball team — not to mention the
conspicuous absence of the hometown hockey team that occupies the same building
— had stirred the Boston fans in attendance into a frenzy.

Those fans desperately wanted something to cheer for, and by the
time the literal pregame fireworks were extinguished, they were ready to blow
the roof off the arena set over North Station in Friday's home opener against
the Milwaukee Bucks.

Rather than lift those fans up, though, the Celtics gave
them reason to want to burrow out and hide.

Less than four minutes into the second quarter, the Celtics
trailed by double-digits. By halftime, they were 12-for-40 from the field, and
less than three minutes into the second half the Bucks burst ahead by 20
points. The score was ugly, but oftentimes teams can execute fairly well and
lose simply because their shots do not fall and the other team's do.

This was not one of those times, though. Celtics coach Doc
Rivers was not going to panic simply because his team had dropped its first two
games of the season, but it is never too early for him to be concerned.

"I don't know if I'm upset [or] concerned — I'm all
those, probably," Rivers said after the Celtics' 99-88 loss. "I just
don't see the urgency yet. At times, I think, we thought we would show up and
because we have a lot of players on this team, that would mean we would win.
And when you make this many changes, I think our guys have to understand you
have to invest into the team to become a team. I don't think we've done that
yet."

Similar to the tenor of the locker room on the opposite
coast, where an 0-2 start sparked concern for the star-laden Lakers, there was
no hedging in the Celtics' locker room. Rajon Rondo, Paul Pierce, Kevin Garnett
and Jason Terry all admitted there is considerable work to be done and that
they cannot simply assume everything will work out with time.

Each of the team's leaders expressed that sentiment in a
different way. Rondo, who did not control the game anywhere near as effectively
as his 14-point, 11-assist, three-steal stat line would suggest, was mostly
quiet (as he usually is after losses) and urged more focus in practice. Pierce
kept a measured demeanor drawing from the experience in his long career.
Garnett instructed his teammates to play like hyenas. Terry assumed
responsibility for the bench, which came through with 31 points that were
mostly too little, too late.

"It's not about me, it's about the team as a whole, and
if you look at us and watch us out there, there's no familiarity with each
other," said Terry, who shot 4-for-6 from the field and finished with 10
points in 25 minutes off the bench. "Things aren't just happening like
they should be on both ends of the floor. We are just going to have to keep
working through it, stay positive, stay optimistic, because it's a long
season."

Rivers' patience is not boundless. He acknowledged that if
his team plays like they did Friday in the 30th game of the season, rather than
the second, he will not shrug it off. He stressed that his concern with the
first two games is not necessarily how the Celtics have played, but in how they
have approached each game. He hopes that they find a sense of urgency, because there
is still plenty of time, as shoddy as Friday's performance was.

"I think we will," Rivers said. "Their spirit
is right. We've got to get the minds right, too."

By the time the Celtics return to the TD Garden on
Wednesday, they hope to give the fans something to cheer about.

Have a question for Ben Watanabe? Send it to him
via Twitter at @BenjeeBallgame or send it here. 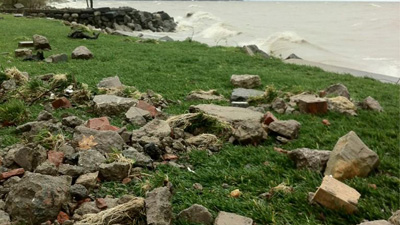