Fernando Torres believes the years he spent playing alongside Steven Gerrard were the finest of his career to date.

The pair formed an intuitive partnership during the Spaniard’s three-and-a half-year spell at Anfield and at times during that period they proved one of the most electric combinations in European football.

And as the Liverpool skipper reached a landmark 600th appearance for the club, the current Chelsea No. 9 spoke of his immense gratitude to Gerrard for the way he influenced his game.

“I think it’s an amazing achievement for him [to reach 600 games] and it is very well deserved,” said Torres.

“I enjoyed playing next to him for three and a half seasons. It was probably the best time I have had on a football pitch. I am who I am now thanks to him because he showed me the way.

“So I am happy for him and I am sure that he will play much more than 600 games for Liverpool.”

During his time at Anfield, Torres prospered from Gerrard’s vision, his movement and the Huyton-born midfielder’s ability to deliver a killer pass.

And when asked to explain what marked Gerrard out as such a special player, the Spaniard explained: “He’s a winner. A captain.

“Hopefully everything is going very well for him.”

While he has many fine memories of Gerrard the player, forged through his indomitable partnership with the skipper, when asked to name a “great Steven Gerrard moment,” Torres plumped for an event which took place when the Spaniard was 21 years old and scoring goals for Atletico Madrid.

“For Stevie and for all the Liverpool fans, when they won the Champions League after coming back from 3-0 down at half-time against AC Milan was a great Steven Gerrard moment,” he said.

“I think he should feel very, very proud of that achievement. But there are many more great things he has achieved. I think if you go to Liverpool and ask the people there, everyone will have a different memory.” 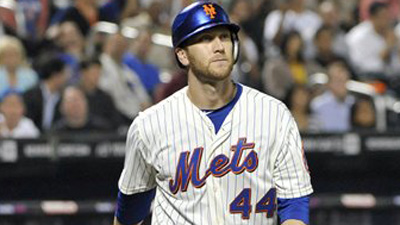 Report: Jason Bay Interested in Returning to Boston After Parting Ways With the Mets