Mixed martial arts continues to gain steam in terms of popularity, but there are still those who are generally skeptical of the sport. If you’re interested in some intense action, however, look no further than Saturday’s UFC 154, as it could be the event that wins over borderline fans.

The main event of Saturday’s UFC card at Montreal’s Bell Centre features 170-pound welterweight champion Georges St-Pierre (22-2 MMA, 16-2 UFC) versus interim welterweight champion Carlos Condit (28-5 MMA, 5-1 UFC). The champ-versus-champ bout will mark St-Pierre’s first fight since he defeated Jake Shields in April 2011, so it’s hard to figure out what to expect after such a long layoff. What fight fans do know, though, is that St-Pierre is as dangerous as they come when 100 percent healthy.

There are a number of storylines surrounding UFC 154 and countless reasons to get jacked up for the event. One doesn’t even have to be an MMA guru to get excited, as there are enough subplots heading into the night of action that the pay-per-view event should prove to be worth every penny.

Here are five reasons why even the most casual fight fan should tune in to UFC 154 on Saturday at 10 p.m. EST.

While the big story of the evening is obviously the St-Pierre-Condit main event, fight fans will also be treated to a nice little undercard welterweight bout when Martin Kampmann and Johny Hendricks square off in the octagon. The two fighters obviously aren’t household names at this point, but the stakes will be extremely high for these two combatants.

Kampmann and Hendricks on Saturday could technically be fighting for a title shot. While UFC president Dana White hasn’t stated such, it’s realistic to think that the winner could eventually fight the winner of the evening’s main event some time in the near future — it simply makes too much sense. And even if that doesn’t end up being the case, and White elects to go in some unforeseen direction, you can still expect both Kampmann and Hendricks to be fighting as if they’re next in line.

In other words, the “fight before the fight” should certainly be entertaining.

MMA and boxing are two sports in which trash talk has really become the norm. Sure, there are some fighters who will praise their opponents, but such talk is generally reserved for after fights. Before fights, fans are typically slapped in the face with a barrage of back-and-forths, during which each fighter flexes his muscle — figuratively and sometimes literally.

While smack talk is usually entertaining and typically what adds intrigue to certain bouts, St-Pierre and Condit have each taken a more reserved approach, which has surprisingly been a breath of fresh air. There’s no doubt each fighter will be going hard in the octagon, but so far, each has been rather complimentary.

“Look at the guy, what he’s done,” St-Pierre said recently, according to Yahoo! Sports. “He’s been fighting and winning against all the great fighters. That’s what the champion does.”

Now, it would have been easy for St-Pierre to rip Condit and declare himself the “real” champion, which he certainly is, but St-Pierre instead opted to give props to his opponent for winning the interim belt during his absence. Condit wasn’t ready to accept the title of “real” champion just yet, though.

“This is Georges’ title,” Condit reportedly said. “He’s the undisputed champion, no doubt about it. Georges has been so dominant for so long. To be the champion, you have to do one thing: You have to beat Georges St-Pierre. I haven’t done that yet.”

Not yet, but perhaps Saturday? We shall see, but either way, the fighters have conducted themselves with class.

While Carlos Condit should prove to be a worthy adversary for George St-Pierre, there are some fans already looking ahead and eyeballing a St-Pierre-Anderson Silva superfight. In many ways, it’s MMA’s version of Manny Pacquiao–Floyd Mayweather Jr., in that some fans will overlook each fighter St-Pierre or Silva faces until we get the match everyone has been anticipating.

That being said, Condit has an opportunity to play spoiler, and there’s something that’s just awesome about watching an overlooked fighter try to defy the odds. Perhaps fans will someday get the St-Pierre-Silva fight they’ve clamored for, but Condit has a chance to make that fight of a lot lesser importance while solidifying himself as one of the sport’s best.

St-Pierre is the one stepping into the octagon after a long layoff, but it’s Condit who is playing the role of underdog.

After being out for nearly 19 months, it might be easy to forget just how good Georges St-Pierre is. Upon returning to the place where he won the welterweight championship more than four years ago, we could be in store for a big reminder.

St-Pierre not only climbed his way through the welterweight ranks, but he’s successfully defended the title time and time again, as great champions do. All the while, GSP has racked up accolades and has solidified himself as one of the best pound-for-pound fighters on the planet, meaning we’ll really have a chance to see how much the recent ACL injury set the 31-year-old back.

St-Pierre heads into UFC 154 as the champion, but he might not come out with the belt if the knee can’t hold up. Regardless of the outcome, though, fight fans mustn’t lose sight of what he’s meant to the sport, and GSP’s remaining fights should therefore always be cherished.

As mentioned, Georges St-Pierre and Carlos Condit have each been reluctant to call themselves the “real” champion. A lot of fight fans have probably been hesitant to use that label as well, but after Saturday’s fight, it’ll no longer be a question.

St-Pierre enters the bout as the welterweight champion, but his layoff forced Dana White to crown another champion in the interim. Condit, of course, staked claim to that title after beating Nick Diaz back in February. Now, with St-Pierre back in the mix, we’re left with both the champion and an interim champion, so Saturday’s bout will essentially crown an undisputed welterweight champion.

In a sport in which we love to compare and contrast fighters and fighting styles, having a clear-cut champion will certainly be welcomed clarification, even if it just means we’ll now know the man everyone else is gunning for.

Photo via Facebook/Ufc 154: St-Pierre Vs. Condit 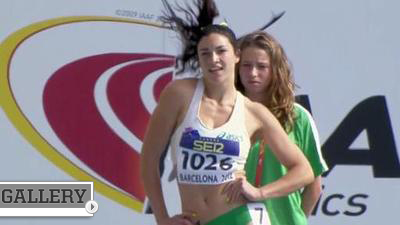