Grizzlies Show Carmelo Anthony, Knicks That Going Small Can Be Fun and Successful, But Costly Defensively - NESN.com Skip to content By the middle of the third quarter, Carmelo Anthony and the Knicks seemed to be focusing as much of their energy at the officials as they were at the opposing players. Every time the Grizzlies got the ball, they were intent on pounding the ball at Anthony in the post, victimizing the de facto power forward with one of their twin big men, Marc Gasol or Zach Randolph.

This was the flip side of going small, which New York had done so effectively in going undefeated in its first six games. Miami, Philadelphia and Dallas had no response for Anthony’s quickness up front. Orlando and San Antonio figured it out for almost three quarters, but they ultimately fell under a barrage of pinpoint shooting by the Knicks. The Grizzlies just kept pummeling away, though, forcing Knicks coach Mike Woodson to make adjustments that were never fully sufficient.

Gasol and Randolph scored 44 points, went 13-for-22 from the field and shot 20 free throws combined in the Grizzlies’ 105-95 win over the Knicks on Friday. They dominated the interior despite a resurgent effort by Rasheed Wallace, who looked like his old self as a peerless offensive and defensive force in the post for 24 minutes before his lack of conditioning caught up with him. Anthony ended up with a nice night statistically, scoring 20 points on 7-for-14 shooting, but he committed five fouls and five turnovers. As we noted last week, the Knicks need to find new ways to score when their unsustainable success shooting 3-pointers escapes them. The Knicks shot 5-for-19 from beyond the arc on Friday, the first time all season they shot worse than 36 percent from deep. Predictably, they lost.

The best summation of the night was how every whistle seemed to prompt some type of adverse reaction from the Knicks. From early in the third quarter until late in the fourth quarter, once it became obvious the outcome no longer was in doubt, literally every call was greeted with disbelief or dismay by someone in a blue jersey. The referees got so tired of it, they assessed Wallace a technical foul he really did not deserve, slapping Wallace with a tech when he walked away after committing a shooting foul on Gasol.

That frustration is something the Knicks are going to have to fight through, because their loss had very little to do with the officials. The longer any team plays with an undersized lineup, the more it exposes itself to drives by quick ballhandlers and post-ups by quality bigs. The Heat devastated their playoff opponents with their small lineup, but they have learned that there are problems with that lineup for a full season. The defending champions are allowing the sixth-most points per game and allow their opponents to shoot an above-average 45 percent from the field. They give up more points per 100 possessions than the Raptors, Kings, Bobcats or Magic. Seven of their 11 opponents so far scored more than 99 points.

The Knicks have been really good defensively, but keeping that up will be difficult now that Memphis exposed a possible Achilles heel. Every team with a decent post player, regardless of size, should throw that guy on the block and let him go to work. Imagine what Andre Miller could do to the Knicks with his court vision and that pump fake everyone seems to bite on. Think of Roy Hibbert and David West taking turns persecuting Anthony in the paint. The list goes on.

In the Heat’s case, this is a problem of personnel. They do not have a traditional rim-protector on their roster, which is why Chris Bosh and LeBron James spend time at the nominal center spot surrounded by shooters in ultra-small lineups. Meanwhile, the Knicks are stacked with outstanding post defenders, from Wallace to defending NBA Defensive Player of the Year Tyson Chandler to the injured Marcus Camby. Once Wallace is in shape and Camby is healthy, Woodson will have a difficult balance to set between the small lineup that made the Knicks’ hot start possible and the big men the team will need to succeed in those knockdown, drag-out possessions in crunchtime and in the playoffs. We have not even mentioned Amar’e Stoudemire yet, because why add to Woodson’s list?

That is a balance that Celtics guard Courtney Lee, who played with two of the best true centers around in Dwight Howard and Yao Ming, says that teams are ready to exploit if the correct equilibrium is not achieved.

“If they’ve got a shot-blocker in there, if we’re small, that means we have a mismatch on the perimeter,” Lee said. “You may not want to go at the rim, because that’s his job, to protect the rim. If they don’t have a rim-protector, then we get to the rim, or if we have a big, post him up. You’ve just got to make reads off the situation.”

Seven games into the season, the state of the Knicks is strong. They are off to their best start since 1993, when they went all the way to Game 7 of the NBA Finals. Anthony, J.R. Smith and Raymond Felton, never the easiest trio to keep pleased, look fully engaged and are doing many of the little things they were criticized for not doing in the past. Wallace is even happy being Brian Scalabrine.

Shangri-La will not last forever, though. Egos flare. Shooting comes and goes. Going small is not a panacea for the Heat, Knicks or any team. As with most things involving the Knicks, it will be fun to watch how Woodson navigates the delicate issue of speed versus size, offense versus defense, explosiveness versus consistency. 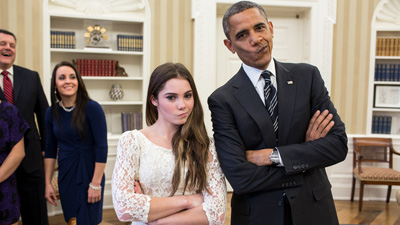