The Uruguayan nodded his eighth league goal of the season against Chelsea at Stamford Bridge after Carragher delivered a quality assist by flicking Suso‘s corner towards the far post.

It was another crucial Suarez strike for the Reds and a goal that took him to joint top of the Premier League scoring charts alongside Manchester United’s Robin van Persie.

“I’ve said for 12 months now that he’s the best player in the Premier League,” Carragher told the Liverpool Echo.

“And that is because he’s maybe not playing alongside the kind of players that, for example, the Chelsea players can play alongside.

“He’s one of the best players in world football and we are delighted to have him. He does things in a game that we see him doing in training on a daily basis.

“There’s always that question, I think being asked unfairly, of whether he scores enough goals, but he’s the joint top scorer in the league at the moment. And that’s in a team that hasn’t won that many league games this season, don’t forget.

“People say that we are dependent on Suarez, but listen. Look at Lionel Messi at Barcelona, Cristiano Ronaldo at Real Madrid. Don’t get me wrong, Manchester United have had a lot of goalscorers from different positions.

“But every team will have a standout player, and Luis is one of them, not just in the Premier League but in the world.”

A draw at the Bridge means Brendan Rodgers‘ side is now unbeaten in six league games — the last time it lost was against Manchester United at Anfield in September.

But while Carragher reflected on a hard-fought draw against Roberto Di Matteo‘s men with some satisfaction, the veteran center-back insisted the Reds must start picking up three points in each game they play, especially at Anfield.

“We need to start getting wins,” he admitted. “We might look at the Chelsea draw as a good result, but it’s not as good if we only draw our game at home against Wigan next weekend.

“Drawing games isn’t enough. The Chelsea result can be seen as a good one on its own, but we need to capitalize on the games after it by getting three points.

“It’s better to win one and lose one than draw twice. You get more points. Wins are vitally important for us now, especially at home.

“The home form has been a problem for some time. It’s not just been Brendan Rodgers’ problem, it’s had to improve over the last few years. We’ve all been talking about it between ourselves and what we can do to improve things, and it has to.

“You can’t expect to go away from home and win every game. No team can do that. So the home form is imperative.

“No matter whether you are at the top, middle or bottom of the league, you need good home form.”

Nick Foles, Byron Leftwich Among Many Backup Quarterbacks Who Could Play Big Roles in Week 11 (Photos) 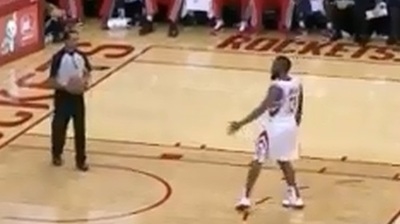