The results are in for the presidential election, and Barack Obama came out victorious over Mitt Romney.

Athletes took to twitter to react to Obama’s victory, including LeBron James, Warren Sapp, Chris Kluwe and Shane Vereen. With over 20 million tweets, Tuesday night’s election was the most tweeted about event in history.

Check out the athletes’ reaction to the election below.

Ohio and Fla. My favorite states!

WHY DON’T I HAVE CABLE SO I CAN WATCH FOX NEWS SELF IMPLODE?!?!? #iregretallmylifedecisionsimmediately

Looks like Democrats will retain the Senate and Republicans did retain the house. Learn how to get along and fix our country please

This Election was to in tense for me

I wonder how Tim Thomas is feeling with another 4 years of president Obama leading the USA?? #bummer #congrats #endthelockout

4 more! What a great night 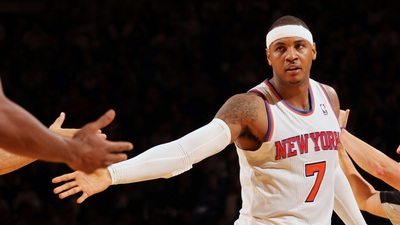 Carmelo Anthony, Knicks’ Early-Season Surge Will Not Last, At Least Not for Long