Mariano Rivera Says He'll Pitch Next Year for Yankees After Speculation That Career Was Over - NESN.com Skip to content Rivera told the Yankees this week that he'll return from a knee injury that sidelined him for most of the season. The closer turns 43 next month.

Rivera has 608 career saves. He tore a ligament in his right knee in early May while shagging fly balls during batting practice. Rivera vowed right away to pitch again but recently said he wasn't sure.

Rafael Soriano earned 42 saves this year for the AL East champions while filling in for Rivera. Soriano recently opted out of the final season of his three-year contract and will likely seek a long-term deal in free agency. 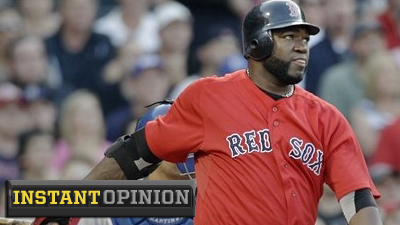 David Ortiz Deal a Solid Move for Red Sox, Who Have Done Far More Than Lock Up Designated Hitter

Michael Vick Points Blame at Media for Creating ‘A Lot of Turmoil’ for Himself, Eagles