There's an article on the Huffington Post that sums up the feelings of many New Yorkers, with the New York City Marathon set to be run as scheduled this weekend. Its title?

In one of the most controversial decisions in the aftermath of Hurricane Sandy, Mayor Michael Bloomberg and Co. have decided that the annual race will go on as scheduled. To say that decision is controversial, though, is a grave understatement.

As the New York Post pointed out Friday morning, there are still hundreds of thousands without power across the city, while two massive generators have been set up in Central Park to aid the marathon's efforts. There's even a "backup" generator, in case one of the other falters, the Post reports.

It doesn't end there, either.

"Meanwhile, sources told The Post precious city resources were also being diverted to prepare for the marathon, including more than a dozen NYPD flatbed trucks taken from disaster-relief work at sites including Breezy Point, Queens, where more than 100 homes burned to the ground."

That same source reportedly told the paper that help is still needed.

"You know what this is about? This is all so Bloomberg can stand at the finish line Sunday and tell the world we bounced back. But these poor people on Breezy, who knows when and if they will bounce back?"

Another person, noted as a "veteran police lieutenant," pointed out to the paper that the National Guard was handing out food Thursday, just a few days before the marathon was set to be run through the same streets.

"How can you run a marathon when you have people starving in Manhattan?" he asked.

It's a question that will likely be asked all weekend, with parts of New York City in ruins, the toughest parts of recovery still to come.

But at least they'll be able to run their race. @nesn Thank you NESN for showing the two #BUHockey vs. North Dakota games this weekend. Very pleased you picked up the games feeds to show.


Video of the Day 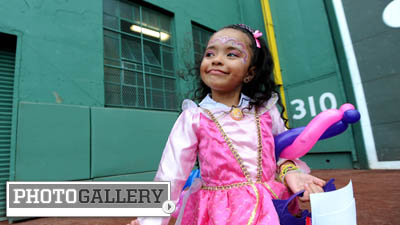