BOSTON — Rajon Rondo stood surrounded by teammates, his jersey who knows where, amid a sympathetic home crowd that had to realize its team’s point guard was destined for an early exit.

Rondo was minutes away from seeing his streak of games with double-digit assists end. All that needed to be done was for head official James Capers and his crew to determine just what the heck happened after Rondo and Nets forward Kris Humphries went into the stands. Humphries had sent Kevin Garnett tumbling to the floor. Rondo stepped in to defend his teammate. Then all hell broke loose.

“It was just a hard foul,” Garnett said after the Celtics lost 95-83 on Wednesday. “I thought the antics afterward were a bit extra. It was a hard foul.”

Rondo must have thought it was more than that. His actions helped earn him and Humphries ejections while setting himself up for further discipline once the league reviews the incident. All of the Celtics, save Garnett, declined to speculate on whether Rondo would be suspended, with the veteran big man acknowledging that the team probably would be without their point guard for a few games.

Rondo was escorted out of the TD Garden by security and did not speak with reporters, but he did not really need to. His actions said enough. Capers and Celtics coach Doc Rivers filled in the blanks.

Capers explained the altercation and the ejection succinctly, placing the onus for the incident on Rondo’s reaction to a hard foul committed against Garnett by Humphries. The officials had already assessed a personal foul and a technical foul on Humphries before Rondo tackled Humphries in a misguided attempt to stick up for his teammate.

“Rondo initiated everything that proceeded after the foul,” Capers said. “And when he and Humphries go into the stands, they are involved in a fight. Fighting is an automatic ejection.”

Publicly, Rivers did not condone nor condemn Rondo, and Rivers said he did not approach Rondo at halftime or immediately after the game, wisely choosing to wait until his point guard had cooled down to address the incident. He suggested that Rondo may have overreacted when he saw his favorite teammate go toppling to the floor, but the coach would not judge his player’s actions so soon after the game.

“It’s so easy for me to sit in a suit and tie and be calm and say I wouldn’t have done it, but I’ve been in the fray,” Rivers said. “And when you’re in the fray, you react sometimes. Usually, after you react, you wish you hadn’t, but you can’t get it back. Stuff happens, and that happened. I don’t like any of that in our game, ever, but it does happen. It’s an emotional game.”

In this instance, the emotional game interfered with the pursuit of history. Had Rondo tallied at least 10 assists against the Brooklyn Nets, he would have extended his streak to 38 games, surpassing John Stockton for the second-longest such streak in NBA history. The relevance and legitimacy of the streak has been called into question, but it clearly mattered to Rondo. That figured to be enough to keep him from charging an opponent and putting the milestone in jeopardy.

Rondo did not get his 10 assists, though, and his ejection had very little to do with it. With the way the game was going, and with how the Celtics and Nets were playing, Rondo might not have gotten those 10 assists anyway. He had only three assists at the time of the altercation with 29.5 seconds left in the first half. The ejection did not stop the streak. It merely accelerated its end.

Now those questions about the assist streak that the Celtics found mildly annoying will be replaced by the problem of having to bear a week or two without Rondo, which is more than a minor issue. Garnett defended the unpredictable and physical nature of the NBA by growling, “This ain’t the Girl Scouts,” but also sighed, “obviously, we are,” when he was asked about preparing to play a few games without their top offensive weapon.

Eventually, on the court, somebody found Rondo’s jersey and handed it to him. He tugged it on and walked down the tunnel to the Celtics locker room as a few delusional fans booed the referees’ ruling to eject him. That could be the last anybody sees of Rondo in a Celtics uniform for a while. 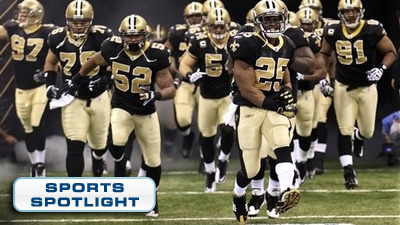 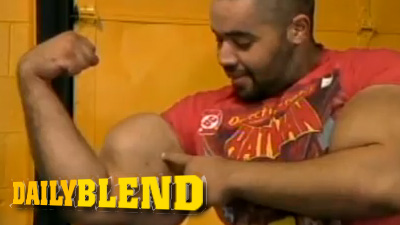