Relive Tyler Seguin's Historic Game Against the Lightning From the Bruins' 2011 Playoffs Thursday on NESN - NESN.com Skip to content The Bruins had an easy time in the Eastern Conference semifinals against the Philadelphia Flyers. The conference finals would be a totally different animal.

Fresh off a loss from Game 1 to the Tampa Bay Lightning, the Bruins looked to bounce back in an important Game 2 at the TD Garden. While the B’s had shown an ability to come back from a 0-2 hole against Montreal earlier in the playoffs, it was something they would not have been excited to do again.

So, that’s when Tyler Seguin took over.

Tune in to NESN at 8 p.m. on Thursday to relive all the action of the rookie’s historic night, and join the conversation on social media by using the #Bruins2011 hashtag during the broadcast. Also, keep an eye out for more upcoming NESN broadcasts of games from the Bruins? historic Stanley Cup run.

J.J. Redick Was Always Going to Turn Out Better Than Adam Morrison in NBA 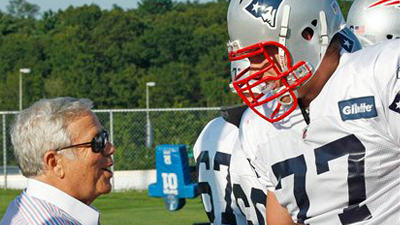