Jets head coach Rex Ryan is no stranger to running his mouth; it’s one of his most well-known attributes. However, Ryan always puts his name on everything he says.

The same can’t be said for a few members of Ryan’s team, however, as several nameless sources spoke on the condition of anonymity with the New York Daily News to blast backup quarterback Tim Tebow recently.

One player called Tebow “terrible,” while others insisted that the Jets would be no better with Tebow under center instead of current (and struggling) starter Mark Sanchez.

Ryan responded to the report on Wednesday when he met with the media, and was unsurprisingly disappointed.

“If you’re going to make a negative comment, that’s fine,” Ryan said, according to the New York Daily News. “We never say that it always has to be a bed of roses. But again, put your name on it. I think people will respect you a lot more.

Ryan also said that he spoke with his team about things.

“Did I address it? I absolutely addressed it,” he told reporters. “Because I think it’s a cowardly thing. If you’re not going to put your name on it, I think that’s about as cowardly of a thing as there is. I even mentioned that. I said, ‘Look, if …’ Well, I don’t want to get into specifics of what I said. But I did address it with out football team. I absolutely did.”

The latest tidal wave of controversy doesn’t exactly come at the most opportune time for the Jets, who are falling apart quickly. New York, behind another Sanchez stinker, was blown out last week in Seattle, and heads back out on the road this week to take on the Rams in St. Louis. The Jets will do so with a 3-6 record, and with a Thanksgiving night meeting with the Patriots looming as well.

However, Ryan isn’t ready to believe this latest controversy will further fracture his club. Rather, Ryan sees this as an opportunity to bring the team closer together.

“I think this team is coming together,” Ryan said. “Could this galvanize it? I don?t know. Maybe so. This team, in my opinion, is not going to be pulled apart by outside people. I think inside the walls we are going to [close]. That’s what’s going to give us an opportunity. If I’m wrong on that, obviously that’s going to be a different issue. I don’t believe that. I believe this team is coming together. We’ll see if there’s no cracks in the armor or whatever, we’ll find that out. Maybe we’re not there right now, but I believe we will be.” 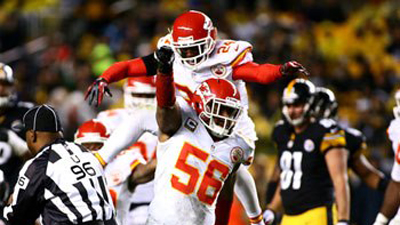 Romeo Crennel Says Chiefs, Who Are 1-8, Should Not Be Celebrating When They Make Big Plays 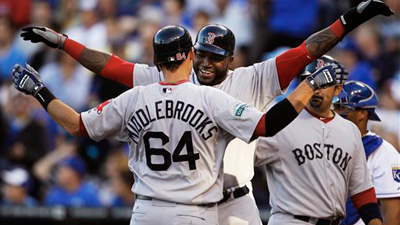