The social media picture-taking application has been a relative revolution in smart-phone culture, one of the primary ways people use to share moments of their life.

Well, NESN is in on the act, too, and we even took a few pictures while covering Goodell’s news conference on Thursday at Harvard. Check out a choice image below as the commissioner holds court with the media after his lecture. Goodell may have his share of critics, but when he talks, people listen.

Is he telling the truth? You be the judge. 4:05 p.m.: Throughout the course of the hour-long speech, Goodell touched on a lot of subjects related with player safety.

Some of the bigger takeaways, though, are related to Goodell’s thoughts on Thursday night football, an 18-game schedule and the development of better and different protective gear.

More to come on NESN.com afterward. So keep posted here for more from Commissioner Goodell. In the meantime, you can vote in the below poll: is the NFL safer or softer since the new concern over head injuries?

4:01 p.m.: When asked about the short weeks associated with Thursday Night Football games. Goodell explains that players tend to like the Thursday games.

He also added that injury data hasn’t backed up the belief that injuries are more likely with shorter weeks.

3:55 p.m.: Goodell believes the “all out” mentality of NFL players isn’t necessarily the right way for them to be playing.

3:45 p.m.: In taking questions, Goodell speaking a lot about proactive approach about concussions.

But in talking about concussions to Jay Cutler, Alex Smith and others, and the reports that players play through symptoms.

“If they don’t tell medical professionals that they’re showing symptoms, how are we going to know to take them out?

3:37 p.m.: Goodell hints that helmets may change in the near future, even mentioning that each position could be assigned witha  differently designed helmet.

“We support research into the new helmet designs and independent research.

“We may see a day when there are different helmets for different positions.”

3:31 p.m.: Goodell talks about the need for change in the NFL before jumping into specifics.

“Make no mistake. Change doesn’t inhibit the game. It improves it.”

3:27 p.m.: Before jumping into specifics about how the NFL will help protect its players, he makes sure to note that change is needed.

“Make no mistake. Change doesn’t inhibit the game. It improves it.” 3:23 p.m.: After some time talking about the present game of football, Goodell takes a look at its long history.

He references President Teddy Roosevelt as major player in helping to save the game of football.

3:18 p.m.: His focus and demeanor seems pretty sincere, especially when addressing the growing concerns over concussions.

“I can say in no uncertain terms that this is our biggest challenge. We want players to enjoy long and prosperous careers.”

3:16 p.m.: Goodell discusses the NFL’s long-time stance on health and safety in football, while also acknowledging the growing popularity of the sport.

3:14 p.m.: Goodell spends a little time reminiscing about his first interactions with the game of football.Even discussing his college internship where he was able to drive around then NFL commissioner Pete Rozelle.

Which then brought out this little nugget…

“Other than my family, my passion is football. And it always has been.”

3:10 p.m.: Here’s a photo of Goodell addressing the audience at Harvard School of Public Health.

3:07 p.m.: Goodell immediately jumps into the connection between football and Harvard University.

“You have given so much to the sport we love.”

3 p.m.: We’re underway at the Harvard School of Public Health and awaiting Commissioner Goodell’s time at the podium.

This should be an interesting lecture, but the Q&A afterward should be eve more entertaining. We’ll be updating frequently throughout the lecture, so keep with us for everything Goodell has to say about player safety this afternoon.

8 a.m. ET: The NFL has experience some serious issues in regards to player safety throughout the history of the league. But only in the past few years have they really become a hot-button issue.

Roger Goodell and the NFL Players Association have worked together, making strides to make the game a much safer one. But how much safer is it really?

After a weekend which saw at least seven concussions, and at least two players — Jay Cutler and Alex Smith — continue playing with them, how can we truly believe the game is any safer than it was 10, 20 or even 50 years ago.

Well, Goodell will be on hand at 3 p.m. at the Harvard School of Public Health in Cambridge, Mass. to discuss the progress the league has made in player safety and what steps lay ahead.

The talk, entitled “Leadership on the Road to a Safer Game,” should offer some interesting insight into Goodell’s thoughts and policies going forward with the direction of player safety in the NFL. But at the same time, how much will he realistically let go of in a crowded room?

That, I suppose, is what we’ll learn come 3 p.m. Stay tuned and we’ll keep you up to date on everything Goodell has in store. 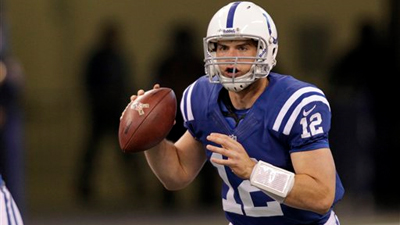 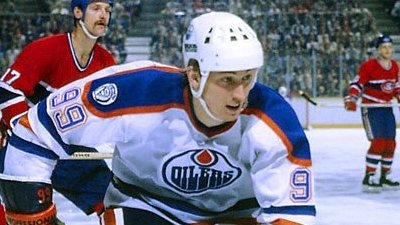