It’s almost as great as the cornerback who thumps his chest after breaking up a pass in a game in which his team has been lit up for 42 points.

The Chiefs were celebrating quite a bit Monday night in a game they lost to the Pittsburgh Steelers on national television. But it wasn’t just the celebration that had coach Romeo Crennel, one of the game’s greatest head-shakers, shaking his head. It was the fact that the Chiefs players were dancing in jubilation during a season that does not call for jubilation: The Chiefs are 1-8.

“I have no idea,” Crennel said when asked about the Chiefs’ dancing, according to the Kansas City Star. “It was a surprise to me to see some of those celebrations, per se. The rules are explicit about no celebrating, particularly group celebrations. You cannot have those.

“Our guys, they know the rules, and they should not have done it. I will talk to my players about that, and I don’t expect it to happen again. ? With the record we have, we really can’t afford to be dancing or anything like that.”

Captains Derrick Johnson and Eric Berry were reportedly among the Chiefs busting out the dance moves, which led to a 15-yard penalty at one point — when the players celebrated a fumble, got the penalty assessed, and then didn’t even get the ball back because the fumble was instead ruled an incomplete pass.

Crennel had already raised some eyebrows this week when he said he would bench players on his underperforming team who committed turnovers, but he didn’t go that far when expressing chagrin about the over-celebrating.

Self-awareness has likely been added to the Chiefs coaches’ long to-do list. 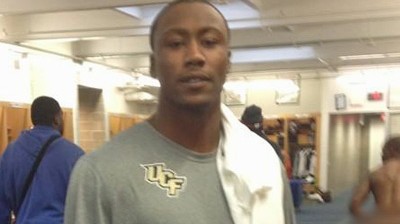