Ronaldo knows a thing or two about true greatness, and he wants to help one of his countrymen achieve it.

He says it’s time for Neymar to leave Brazil, so he can become the best player in the world and help the national team win the 2014 FIFA World Cup.

Neymar, the 20-year-old sensation, is vowing to play for Brazilian club Santos until after the World Cup, and Ronaldo believes he is stunting his development by doing so, according to Football 365.

“This is a complicated matter because it involves Brazilian passion, our biggest idol at the moment and our will to see him playing here every weekend,” Ronaldo reportedly told Arena Sportv. “But for his career development, to fight to be the world’s best player, he should be playing for a big European club.

“If would be interesting for the [Brazil] national team if he played for a big European club, so that he would be ready and experienced to face any defense in the World Cup.

“If he goes to Europe, he’ll be fighting for the world’s best player award with Crisitano Ronaldo and [Lionel] Messi.”

Neymar has thrilled fans in his country (and beyond) since turning professional in 2009. He’s lead Santos to state, national and international titles, earning recognition as the best player in South America in the process. His on-field exploits make news around the world, particularly the stunning goals he scores with equally stunning regularity.

He is also living comfortably in Brazil, surrounded by family, friends and admirers, as he plays for his hometown club.

Many of Europe’s top clubs are reportedly preparing transfer offers in excess of $40 million to tempt him and Santos to break that pledge. He is rumored to be Manchester City’s number one target, and FC Barcelona is thought to have already made a substantial down-payment on a transfer fee.

Ronaldo was part of Brazil’s World Cup-winning team in 1994, but the then 17-year-old didn’t play a minute in the tournament. Nevertheless, he made the jump to Europe later that summer, joining Dutch club PSV Eindhoven. He lit up Dutch soccer for a season and a half before moving to Barcelona in 1996. He was an instant superstar at the Spanish club, scoring at a rate of nearly a goal per game. In 19996, he became the the youngest player to win the FIFA World Player of the Year award — at age 20.

Neymar has taken a different path, but he’s earned plenty of accolades along the way. He’s twice been nominated for the FIFA Ballon d’Or (today’s equivalent of the FIFA Player of the Year award), but the incomparable Messi has won the last three.

A 21-year-old Ronaldo lead Brazil to the final of the 1998 World Cup, where it lost to France. If Neymar can go one better with Brazil in 2014, it would vindicate his decision to play at home in the eyes of many. Until then, he’ll keep using his feet to answer doubters like Ronaldo.

What do you think Neymar should do? Vote in our poll below. 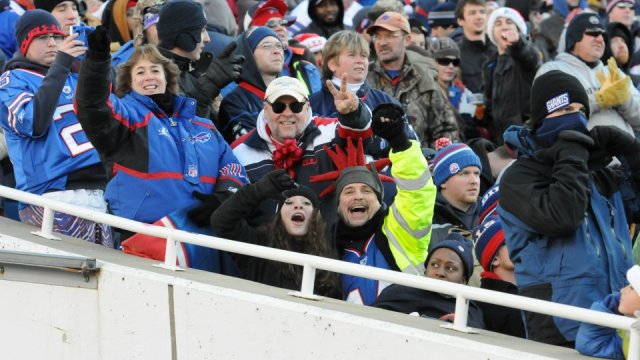