The second-year player out of Florida State started the season with the Vikings winning four out of its first five games, during which time Ponder never completed less than 60 percent of his passes. However, Minnesota’s fortunes have changed along with Ponder’s, as the team has lost three out of its last four with the 24-year-old completing just 38 of 74 passes over his last three games.

Incidentally, Ponder also has a very attractive, and public, girlfriend in ESPN’s Samantha Steele. But don’t blame her, says Ponder.

“She has nothing to do with [losing],” said Ponder in a radio interview with KFAN in Minneapolis. “We’ve been dating since the beginning of the season, so she had also to do with the five wins. So it has really nothing to do with anything on the football field.”

It won’t be the first time a player’s performance has been blamed on his attractive girlfriend, and it likely won’t be the last. That being said, the connection is pretty dubious and begs the question: Exactly which NFL players have unattractive significant others?

Danny Granger Out for Three Months, But Pacers Can Still Win Without Him 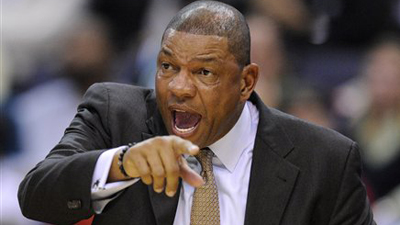