If you’re an aspiring UConn women’s basketball player, you can forget about enjoying Halloween.

UConn women’s hoop star Caroline Doty was rumored to be benched for a run in with campus police on Halloween night and head coach Geno Auriemma was not happy about it, according to Philly.com.

“Halloween is for an 8-year-old,” he said. “The decision that a 23-year-old makes to go trick-or-treating is dumb. And invariably, the stuff they are going to do is dumber. So that’s what I think about Caroline.”

Dressed as Lady Gaga, Doty was reportedly banging on doors as she made her way around her dorm’s halls, and after a few calls were placed to campus PD, she was issued a citation at 2:15 a.m ET. She wasn’t arrested and no alcohol was involved, according in the police report.

Doty sat out the team’s exhibition game on Friday night, but Auriemma told the Hartford Courant this week that he sat Doty because he wanted to rest her injured left knee.

?I went out dressed as Lady Gaga,? Doty told the Courant.”But I?d rather just talk about basketball if that?s ok. Not going to talk about that kind of stuff.” 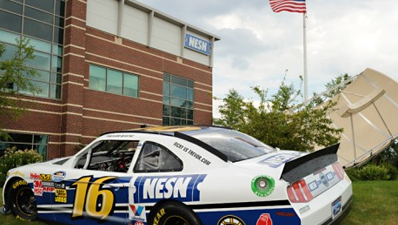 NESN Named Ninth Most Valuable Sports Business in the World 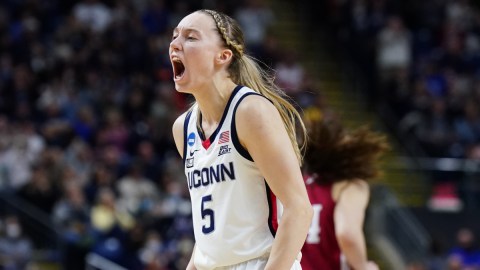