When Kevin Garnett, Paul Pierce and Ray Allen came together to form a Big Three with the Celtics a few years ago, it was somewhat of a novel concept. Rarely could teams find a way to get several superstars together on one roster.

Now, however, Big Threes — or other, similarly themed collections of big-name stars — are a regular part of the NBA. The most well-known group is in Miami, where LeBron James, Dwyane Wade and Chris Bosh turned their treehouse club into last season?s NBA championship.

The idea of banding together with some pals and making a powerful lineup now appears to be making its way to the NFL, where several young defensive playmakers say they are thinking ahead and looking to follow James and Wade.

Miller, who was picked second in last year?s NFL Draft, and Smith (seventh) are both posting incredible numbers from the defensive side of the ball. In just their second year in the league, both are challenging Michael Strahan?s single-season sack record of 22.5, with Smith racking up 19.5 and Miller recording 17.5 with one game left. Their influence on their teams, which has extended well beyond the basic stat totals, has some wondering whether this could be the next great age for defensive playmakers.

If the two sack leaders somehow figure out a way to get on the same team — and bring in the Bills? Dareus, who is no slouch on defense, either — then the conversation could change to whether this era could host the best defensive team ever … and whether quarterbacks would still agree to suit up.

It looks good on paper, but still, these players have had only a couple of years to show off their skills. If the case of Bron Bron, D-Wade and Like A Bosh taught sports fans anything, it?s that getting a bunch of good players together doesn?t guarantee (instant) success. 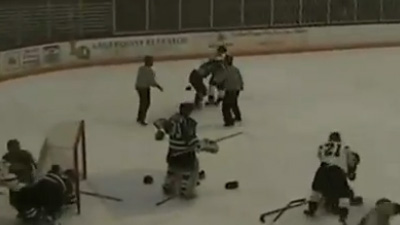