Donte' Stallworth Going Back to School in Patriots' Offense, Which Is Better Than 'Watching Dexter and Boardwalk Empire All Day' - NESN.com Skip to content FOXBORO, Mass. — Donte Stallworth hasn’t been in a classroom in over 10 years. But as finals season quickly approaches for most students, Stallworth will also be hitting the books.

The 33-year-old receiver was re-signed by the Patriots on Monday, and knows the Patriots’ offense better than just about any receiver on the free-agent market, save for maybe Deion Branch. But even with his in-depth knowledge of the system, a lot can change, and be forgotten, in three months. So, he knows there’s lots of work to do.

“Playing in the offense before, it made it a lot easier, but being out as long as I have, it?s not like a video game, where you just throw someone in and they automatically know what?s going on,” Stallworth said of his return to New England. “It?s like I?m back at school, I?ll be studying hard every day.”

Stallworth hasn’t taken a meaningful snap in the NFL in almost a year, and was “disappointed” when the team released him during training camp. But the veteran receiver, who’s been on six different teams in nine NFL seasons, understands the business and holds no ill will toward the Patriots.

“I have a lot of love for this organization, and have a lot of friends on this team, so to say I was excited is probably an accurate assessment,” Stallworth said. “My main thing over these past few months is try to stay in good shape, train hard, and hope for an opportunity. And thankfully I got it now.”

That opportunity didn’t arise from any of the 32 teams around the NFL this season, nor after his workout with the Patriots last week. But Stallworth continued to hold out hope for someone to give him a chance.

“I?ve been in this league long enough to understand how it works. It?s just like after a game: You lose a game, you?re upset about it that night, but you come back in the next day and you prepare,” Stallworth said. “That?s what I did, although it took me a little more than a night. It took a few days, but after that I tried to get back down where I live in Miami, get back with my trainer, and just continue to work and hopefully get an opportunity.”

The Patriots weren’t necessarily ready to “give” Stallworth that chance, as much as Julian Edelman‘s season-ending ankle injury forced their hand.

Stallworth was at Sunday’s game in his home town of Miami and witnessed the play where Edelman suffered the broken ankle. Even though the injury opened up his current opportunity, Stallworth never wanted things to work out this way.

“Nah, I was just hoping that he wasn’t hurt too bad,” Stallworth said. “Jules is a great kid and he’s had a great year. It’s unfortunate what happened with him, but that’s the way this business goes. I wish him a speedy recovery.”

As for the timing of the opportunity, Stallworth wishes it came sooner in the season. But he admits that joining on with the division champions and heading to the playoffs is far better than catching up on his favorite TV dramas.

“I would have rather it been September, but this isn’t too bad either,” Stallworth said. “It’s better than sitting home and watching ‘Dexter’ and ‘Boardwalk Empire’ all day.”

We’ll see if Stallworth is able to have an impact on the offense against the Texans come Monday, but at least we know he’ll be working his butt off in preparation. 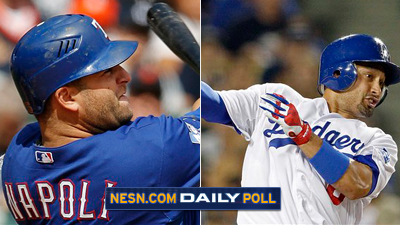 Vote: What Has Been Ben Cherington’s Most Successful Offseason Move Thus Far? 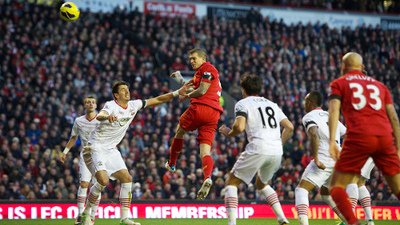