Donte Stallworth's Knowledge of Patriots' Offense Should Make Him Ready to Contribute for Battered Receiving Corps - NESN.com Skip to content As Julian Edelman crutched his way out of the locker room at Sun Life Stadium on Sunday evening, the Patriots’ already slim receiving corps grew even thinner.

Edelman joined Rob Gronkowski on the shelf, leaving the Patriots with just six receiving options, between tight end and wide receiver. Even worse, the injury left Tom Brady with just three healthy wide receivers on the active roster. The absence of Deion Branch to a hamstring ailment and recent departure of Greg Salas, who was signed by the Eagles, seem to be more than just minor losses now.

Fortunately for the Patriots, an old friend was prepared to link back up at a moment’s notice. Earlier in the season, it was Branch who filled the void on the outside. This time, Donte Stallworth turned out to be the one returning to the Patriots’ sideline. And he should help right away.

Stallworth, who has been out of work since the Patriots released him during the preseason, has kept himself in shape and was even brought into Gillette Stadium for a workout late last week. This marks Stallworth’s third stint in New England, including the 2007 season and training camp this year, and with that experience he should be prepared to contribute right away.

The Patriots have a difficult few weeks ahead, with arguably their toughest stretch of the season over the next two weeks, and they’ll need as many able-bodied players as possible ready to make an impact. Edelman has been a steadying presence on offense and special teams of late, scoring four touchdowns (two on offense and two on special team) during the Patriots’ current six-game winning streak. So, without him and Gronk making plays in the passing game, New England will need another player to step up alongside Wes Welker,  Aaron Hernandez, who finally looks healthy, and Brandon Lloyd, who has been essentially a ghost in recent weeks.

That’s where Stallworth comes in. He knows offensive coordinator Josh McDaniels‘ system well enough, having been here for the success of ’07 and becoming reacquainted with it earlier this year. His skill set, as a quick, shifty and versatile receiver should also help McDaniels keep Edelman’s role in the offense alive.

The 32-year-old Stallworth may not be quite as spry as he once was, but with plenty of speed and what Brady can only hope are better hands than he displayed in the preseason — he had a bad case of the drops — he should be a more than capable replacement for the time being.

The length of Stallworth’s tenure in New England this time around will depend heavily on his production and ability to fill Edelman’s void. But don’t count on him to be just a short-term plug-in. The extent of Edelman’s injury is unknown, but it appears to be serious. So, with he and Gronk expected to miss at least a few weeks, Stallworth will be an important piece for Brady.

Don’t count Branch or old friend Jabar Gaffney, who is battling a lingering injury and a two-game suspension, out of the mix just yet either. A healthy Branch would likely be scooped up at a moment’s notice to provide some depth and insurance — likewise if Gaffney gets things in order.

For the time being at least, Stallworth is the one the Patriots will have to lean on. He’s got a prime chance to revive his career, and even if he can only be the player he was in Washington last year, that will be a big help for the Patriots. 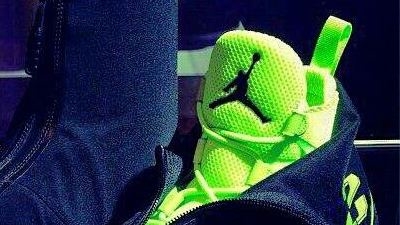 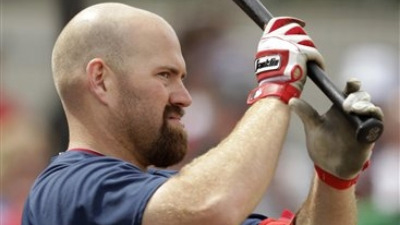