There may not be any NHL hockey right now — and at this rate, we may not see any all season — but that doesn’t mean there’s no good hockey being played anywhere.

One of the premier hockey tournaments in the world is just around the corner, and while this world tournament doesn’t feature many NHL players, there are plenty of future NHLers set to take the ice in Russia.

The 2013 IIHF world junior championship begins next week in Ufa, Russia, and there will be plenty of future Boston Bruins in attendance. The annual showcase of the world’s finest hockey players under the age of 20 will feature some of the B’s top prospects.

Team Canada, for which this tournament is essentially a matter of life and death, will feature two of the Bruins’ recent first-round picks. Dougie Hamilton, who the Bruins took with the No. 9 pick in the 2011 NHL entry draft, will don the Canadian sweater for the tournament. So, too, will Bruins 2012 first-round pick Malcolm Subban, who will be one of the three Team Canada goaltenders.

Hamilton is having another fine season with the Niagara IceDogs of the OHL. He was expected to contend for a spot on the NHL roster had the season started on time, but instead, he’s left to remain with the IceDogs to work on his game. In 32 games this season, Hamilton has scored eight times and added 33 assists. Those 33 helpers are good for sixth in the OHL, first among blue liners.

Joining him on the Canadian team will be Subban, who the Bruins surprised some people by taking with the No. 24 pick in this year’s draft. The 18-year-old is back with the Belleville Bulls in the OHL this season, and he has been fantastic yet again. Subban has a 15-7-3 record thus far, posting a tidy 2.17 goals against average to go along with a .932 save percentage and two shutouts.

To see that duo of B’s prospects on the Team Canada roster should surprise no one. The addition of Anthony Camara to the roster, however, is a little more unexpected. The 2011 third-round pick is having himself a fine year with the Barrie Colts in the OHL, posting 22-18-40 totals through just 30 games. Camara has always been known as a gritty forward — even drawing comparisons to Bruins enforcer Shawn Thornton — but it’s clear that he’s added something to his offensive game, already more than doubling his offensive output from any other season of his junior career.

Future Bruins aren’t exclusive to the Canadian roster, though. Unsurprisingly, Alexander Khokhlachev will represent Russia. After tearing up the OHL in two seasons prior (145 points in 123 games), Khokhlachev is giving the KHL a try this season. Taking a step up has made its mark on the Russian forward’s numbers, as he has tallied just two goals and five assists in 26 games with Moscow.

Finally, Team USA will also have a Bruins prospect on its roster. Boston University defenseman Matt Grzelcyk will find himself in Russia next week with the American squad. A past member of the U.S. national development team, Grzelcyk is finding success with the Terriers in his freshman season. In 15 games this season, the Charlestown, Mass., native has two goals and 10 assists.

It might not be NHL action, but for a week and a half at least, B’s fans will get to catch a glimpse of what the future may hold — assuming, of course, the NHL ever does come back. Even better news is that the NHL Network and NHL.com will have coverage of the tournament. While the Russian time zone may make things difficult to catch games live, there will also be encore presentations of the games.

Below is the schedule with teams featuring Bruins prospects with game times in ET. 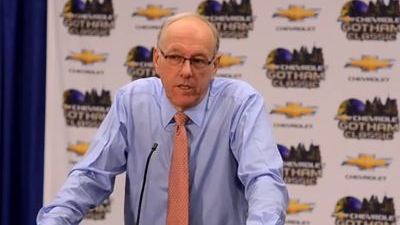 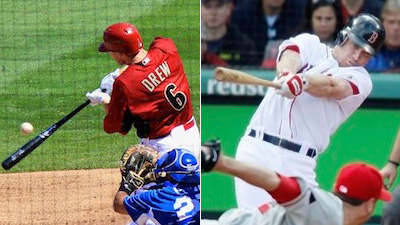