Kevin Garnett Must Break His Instinct to Be Unselfish on Offense as Celtics Become More Careful With His Playing Time - NESN.com Skip to content BOSTON — Kevin Garnett said he was not doing anything differently, that his attention was still on his defense first and foremost while he took his offense as it came within the flow of the game. Anybody who has watched Garnett play over the years, though, can see how unnatural it looked and how uncomfortable he must have felt taking so many shots, so early in the game, because he did not know how many looks he would get before Doc Rivers gave him the hook.

Garnett stopped playing close to 40 minutes a night long ago, but this season the careful treatment of the 36-year-old’s minutes has been even more pronounced. He played less than 27 minutes on Wednesday against the Minnesota Timberwolves, delivering a typically strong line of 18 points, 10 rebounds and four assists, to lead the Celtics back from a halftime deficit for a runaway 104-94 victory.

Most striking about Garnett’s performance, however, was not his numbers but the way in which he got them. He shot early and often, and though he usually made those shots the Celtics got a boost from the simple fact that he took them.

“I loved how aggressive he was offensively,” Rivers said. “You could see he was looking to score, which is always nice for us because his instinct is to pass anyway. He gave us such a great low-post presence to start the game, and I thought that kind of set the tone for us.”

Garnett’s first shot came on the Celtics’ very first possession, just 77 seconds in the action. Over the first four minutes of the game he put up four shots, making all of them, and worked in one more shot — a slam-dunk finish off a lob from Rajon Rondo, who had 17 points and 11 assists in his return from a two-game suspension — before Chris Wilcox entered to give Garnett his customary early rest.

Garnett ended up taking 13 shots in his 26 minutes, 42 seconds on the court, making eight. Only one time did he fail to take at least one shot within two minutes of entering the game. He fought his instinctual unselfishness by being more of the scorer the Celtics need down low to create openings for teammates like Jason Terry, who scored 17 points while playing a game-high 38 minutes. Yet Garnett said he did not consciously change his mentality, either because he was going up against his former team, one of the best front lines in the NBA or for any other reason.

“My primary objective is to come out and try to slow the best post player down,” Garnett said. “My focus is defense first. Offensively, I felt like I was in a decent rhythm. The ball felt good to me, but I don’t know, man. I’m not really conscious of what’s going on. I know where my energy needs to be and I know my primary role. At the same time, I’m efficient. I know what I’m doing. I try to be aggressive when they need me to be, and that’s all that was.”

Garnett prides himself on his ability to contribute a little bit of everything depending on his team’s needs from game to game. If so, more performances like Wednesday’s game against two quality big men in Kevin Love and Nikola Pekovic would be welcomed by the Celtics. The offensive weaponry on Boston’s roster is so skewed toward the perimeter that Garnett’s ability to provide an interior threat is as important as it has been to the Celtics in years. As much as Garnett despises being called “old,” he tends to lull people into believing he has lost a step by being overly deferential on offense to the point of being passive. He still is capable of doing it all, though, as he did in posting his solid offensive numbers on Wednesday while helping to hold Love in check despite 19 points and 13 boards by the All-Star power forward.

Love recognized his opponent’s impact, so when he was asked what Garnett did on Wednesday to make him so successful, Love simply replied: “Being Kevin Garnett.”

Being Kevin Garnett used to involve putting up 20 and 10 every night and dominating every second of every minute he was on the court, but beyond all of that it meant doing whatever his team needed him to do to win. In that sense, being Kevin Garnett still means the same thing as it ever did. 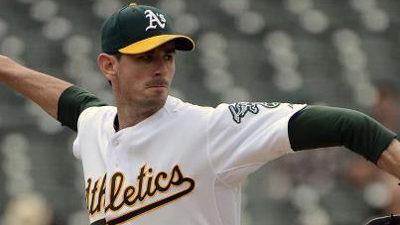 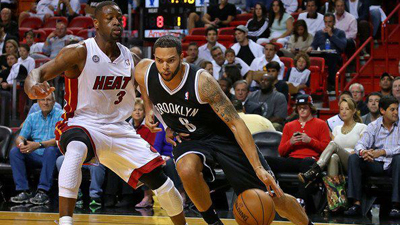