At this point the story of Kris Humphries and Kim Kardashian‘s ill-fated 72-day marriage old news. However, the punchlines that followed can still be funny.

Case in point, Humphries can’t even head from Brooklyn into Manhattan without hearing about it from the DJs at his favorite clubs.

According to the New York Daily News, Humphries went to a club called WIP on Wednesday night — after a 100-86 loss to the crosstown Knicks — and DJs Chuck Barrett and Scram Jones played consecutive Kanye West songs (West is currently dating Kardashian) specifically to anger Humphries.The forward was apparently quite forward with many of the women in the club but getting nowhere. That, combined with the West songs escalated into a situation.

?He took a bottle of Patron that he didn?t pay for, put it in front of his crotch and dumped the entire thing on the floor, because he was wasted and tired of Kanye songs,? a source told the Daily News. ?Not only was he acting like he was peeing the bottle out, he insisted on staying.?

Currently, Kardashian and Humphries remain in legal limbo in terms of their marriage, and will return to court early in 2013. 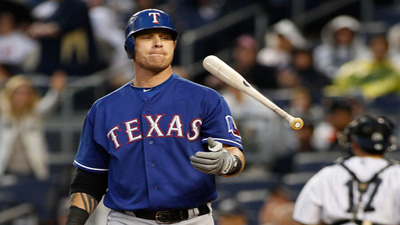