Mike D’Antoni, as he often does, said it all while saying very little.

Shortly after his Los Angeles Lakers had undone all the positive momentum built up in their Christmas win over the Knicks by losing a stinker to the Denver Nuggets on Wednesday, D’Antoni was asked to explain what the Lakers lost when center Dwight Howard was ejected for a flagrant foul on Kenneth Faried in the third quarter.

There it is. One day after Howard brought holiday cheer to the Staples Center with a dominant defensive performance, the NBA’s best center and the league’s most tantalizing team reminded everyone that not all their ills are cured. It was a helpful reminder that Christmas games, with their national television audience and hideous uniforms, should not be read into too strongly.

Christmas is still only one day, albeit a big day, on the NBA calendar. The Lakers made the yuletide gay with their victory over New York, but as the excellent Mike Bresnahan of The Los Angeles Times pointed out, the win improved Kobe Bryant‘s career record on the holiday to 6-9. As far as anybody can tell, things have worked out all right for Bryant in his career in spite of that. Howard’s outstanding Christmas was no more a sign that his back is fully healed than his forgettable day-after was a sign that he will never fit in with the Lakers.

Because it features multiple games and big-name matchups, Christmas is more prone to the one-game overreaction than any other day. Every Dec. 26, SportsCenter is rife with talk of “statement” wins, as though beating a team means more if your fans watch it amid a pile of torn wrapping paper. The Celtics were supposed to have had just such a “statement” win with their dressing-down of the Nets in Brooklyn on Christmas afternoon. Two days later, Boston’s beatdown at the hands of the Clippers reminded everyone that the Celtics still have just two wins in their last seven games. And the tip-off of that game was delayed by the Thunder, allegedly decimated by their Christmas loss to the Heat, gutting out an overtime win over Dirk Nowitzki and the Mavericks.

If basketball fans want to make a resolution this New Year’s, the best place to start would be to resolve not to whine about the refereeing anymore. But a good second step would be to remember that in 360 days, a handful of teams will win or lose games that will not define their seasons.

While the rest of the world made a big deal out of the Lakers getting back to .500 with their win over the Knicks, Bryant predictably reacted with a shrug. Then he was one of the least-panicked people in the City of Angels the very next night, when the loss in Denver sparked the same old questions. Bryant is an old hand at this whole regular-season thing, and he knows that it is a marathon that should never be judged by its splits. 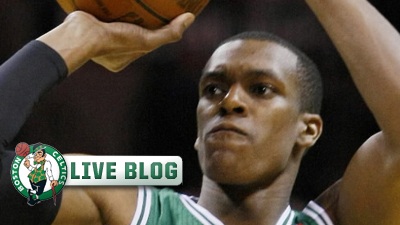