The last three NFL drafts have gone about as well for the Patriots as anyone could have expected, but 2009 is another story.

Defensive tackle Ron Brace — a second-round pick in 2009 — was released by the Patriots on Saturday, according to Field Yates of ESPN.com. The Patriots had 12 picks in 2009, and only Patrick Chung, Sebastian Vollmer, Myron Pryor and Julian Edelman remain. All four are due for new contracts after the 2012 season.

The Patriots also activated defensive end Jermaine Cunningham from his four-game suspension on Saturday. The team received a roster exemption for him, which meant that they didn’t need to activate him until after Sunday’s game against the Dolphins.

New England also signed Kamar Aiken and Malcolm Williams off the practice squad. Aiken was active last week against the Jaguars and played three snaps. He spent 2011 with the Bills and the beginning of the 2012 season with the Bears.

Williams has only been active for one game this season — Week 8 in London against the Rams. He was drafted in the seventh round by the Patriots out of Texas Christian in 2011. The Patriots’ 53-man roster is now full, and they have two open spots on their practice squad. 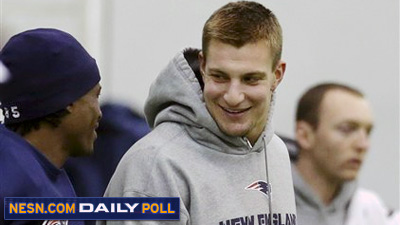 Vote: How Important Is It for the Patriots to Get a First-Round Bye in the Playoffs?