Rick Carlisle On Whether He Misses Jason Terry: 'Does a Bear [Expletive] in the Woods?' - NESN.com Skip to content BOSTON — Rick Carlisle has a heck of a safety valve for his offense this season thanks to O.J. Mayo. The longtime sixth man has bloomed into a full-fledged All-Star, if the voters fill out their ballots correctly, and his deadeye shooting from downtown leads the league.

Still, any coach is going to feel an extra layer of comfort with the old reliable shooter who has delivered for him in many clutch situations before. That is why Celtics coach Doc Rivers admitted last season that the idea of coaching without Ray Allen was scary, and why Carlisle’s voice rose an octave when he was asked prior to Wednesday’s game against the Celtics whether he missed Jason Terry.

“Do I miss him?” Carlisle asked incredulously. “As K.C. Jones would say, does a bear [expletive] in the woods? Yeah, we miss him.”

Terry signed with the Celtics during the offseason, leading the way as part of an almost total overhaul in Dallas. Only four players remain from the team that Terry helped win the NBA championship in 2011, and only Dirk Nowitzki and Shawn Marion remain impact players from that group. Terry has admitted that he wishes the Mavericks had kept the core of that title team together a while longer, but he insisted before and after Wednesday’s 117-115 double-overtime victory that the game had no extra meaning.

“The most important thing is, we got the win,” Terry said. “Now we need to string together more than one win and just keep it going.”

Jeff Green, whose locker sits catty-corner to Terry’s, saw it a little differently. The Celtics succeeded in beating Green’s former team, the Oklahoma City Thunder, earlier this season. They visit Courtney Lee‘s former club, the Houston Rockets, on Friday. Getting all three wins would complete an invaluable trifecta for three players who were either playing elsewhere or sidelined last season.

Terry’s reunion was slightly different from Green’s, though. Green exploded for 17 points, then his season high, in the victory over the Thunder in November. By contrast, Terry missed his first four shots on Wednesday and eked out 10 points on 3-for-10 shooting. He pitched in defensively with three steals, but apart from the win itself there was not much from the game that Terry will find memorable.

“He missed a lot of shots, but he made them when it counted,” Green said. “You’re going to have those days. I told him before the game, you helped me get mine, I’m going to help you get yours. We got the victory, that’s what matters.”

Although “The Jet” never took off on Wednesday, he had to be happy with the view from his current home. The Celtics have been inconsistent, but in the last few weeks they have steadily forged their identity as a defense-first group that will win ugly at times. The Mavericks are an intriguing combination of veterans who are capable of vastly overachieving and hideously underachieving in the span of a week. The Celtics still cling to championship aspirations while the Mavericks simply are trying to stay afloat until Nowitzki’s knee heals.

Is Terry happy to be in Boston, where another ring is at least a distant hope?

Does a bear [expletive] in the woods? 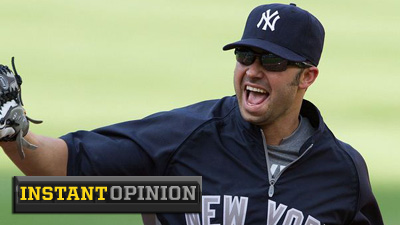 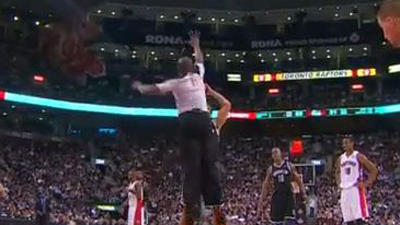