What happened in Newtown, Conn., on Friday has been felt throughout the nation, but it’s especially been felt within New England.

Patriots owner Robert Kraft found out about the shooting at Sandy Hook Elementary School shortly after it happened Friday morning. He called the corrugated box plant he owns in the town to congratulate a retiring worker and was told that the business was holding impromptu counseling sessions instead, according to Albert Breer of the NFL Network.

The Kraft family is now donating $25,000 to the community, and the Patriots will honor the victims of the shooting on Sunday night.

Kraft said the past few days have been different for the team.

“The players have been really affected by it, just hearing guys talk,” Kraft said, according to WEEI. “You never hear guys talk about current events, but the guys were talking about it on Friday afternoon and Saturday in the building.

The Giants and Jets are also planning tributes. 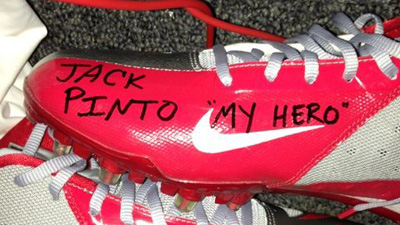