The wait is over.

About three weeks ago UFC president Dana White announced the organization’s first female signing: former Olympic medalist in judo and Strikeforce member Ronda Rousey. The question then became when and who would be her first bout.

Well, wonder no longer, as the 25-year-old’s first fight with UFC is now officially scheduled for Feb. 23 at the Honda Center in Anaheim, Calif. The match will be the title card of UFC 157, and Rousey will be the title belt holder, defending her title from Liz Carmouche.

UFC had apparently asked Cristiane “Cyborg” Santos to be the first to compete against Rousey, but she reportedly refused their offer to fight at 135 pounds.

“I’ve got a lot of respect for Liz,” Rousey told ESPN. “She’s the only one who stepped up and said she wanted this fight right now.”

Rousey’s had impressive career in mixed martial arts so far, going 8-0 in Strikeforce — with all of her victories coming by armbar submission, her signature move.

Brian Cashman‘s eyes look like they’re pleading “Help, get me out of here!” “Joe Thomas, he can have his opinions all he wants. It’s kind of like a crazy ex-girlfriend, you know? It’s been over a year. Get over it. But I don’t know. I guess when you get paid over $100 million by one team, it’s kind of easy to point the finger at another guy and hate on him for trying to get another contract.”
–Peyton Hillis, who has apparently had some crazy girlfriends in the past

We’re guessing lots of other people feel the same way.

@nesn even if hockey resumes, they won’t get even a nickel from me! 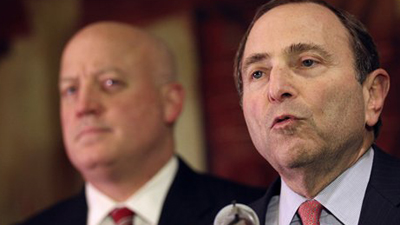 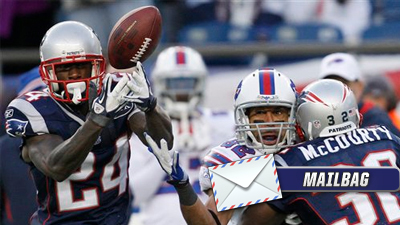