Did you ever get a tattoo of a girlfriend whom you later broke up with? Top high school recruit Reuben Foster can relate.

Foster is one of the top inside linebackers in the country coming out of high school. He at first committed verbally to play at the University of Alabama, then backed out this summer.

Next up was Auburn, whom Foster again verbally committed to. He even went so far as to get a tattoo representing the school on his arm.

Well, Foster is now saying that he may not play for Auburn after all. The coach who recruited him, Trooper Taylor, is being forced — along with most of the Auburn staff — to reapply for his job. Foster is apparently loyal to Taylor and wants to follow him wherever he ends up, whether that means staying at Auburn or going elsewhere.

So now Foster has an Auburn tattoo, but he might not be playing for Auburn next fall. However, apparently Foster’s cousin, the late Ladarious Phillips, played his football at Auburn, so Foster is all too happy to keep his tattoo as a remembrance.

Check out Foster’s tattoo in the photo below. 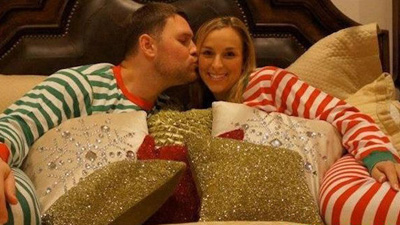