A little mischief — if that’s what this is — could cause a lot of trouble.

In a photo that surfaced in the last couple of days on Reddit, Duncan and Parker can be seen holding guns to the head of a person dressed up like Crawford. Duncan is dressed as comic book hero the Punisher (thanks for the ID, Deadspin), and he and Parker appear to be getting some payback for the run-ins they and countless other NBA stars have had with the mercurial official.

The Spurs are already getting the stink-eye from the league after coach Gregg Popovich chose to rest most of his stars for a recent nationally televised game against the Heat. And after Saturday’s news of the death of a Chiefs player and his girlfriend by gunshot, the timing of the picture surfacing couldn’t be worse. It’s also surprising to see Duncan, who is considered one of the more stand-up guys in the league, associated with such a situation.

Check out the sure-to-be-discussed photo below. 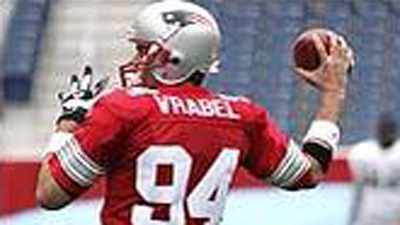