BOSTON — The Bruins are a defensive team with a defensive-minded coach who has instituted a system rooted in playing defensive hockey.

If you watched the Bruins play the Sabres on Thursday night, though, you would think those statements are nothing more than bold-faced lies.

The B’s had by far their worst showing of the year Thursday in a 7-4 loss to Buffalo. It was an uncharacteristically sloppy game in just about every facet, but it was the defense that had Bruins head coach Claude Julien ready to tear what little hair he has left out after Boston’s first regulation loss of the season.

“Defensively, I don’t think I remember the last time we were this bad,” Julien said. “The breakdowns, and the mistakes and the opportunities that when you give [Thomas] Vanek those kind of opportunities, he’s gonna make the most of it.”

Julien gave due credit to Buffalo, who came into Boston for what was surely going to be an emotional tilt, and they delivered. The Sabres entered Thursday’s game 0-3-1 in their last four, and they came up with a big win when they needed it. Much of that credit belongs to the aforementioned Vanek who had a hat trick as part of a five-point night.

But really, this one falls on the Bruins more than anything else. In their own end, the Bruins had as bad of a game as they’ve ever had under Julien. There were missed assignments all night, sloppy play both in the neutral zone and in the defensive zone.

“Our guys defensively were just totally, totally out of it,” a visibly frustrated Julien added. “We were told before the game to have our heads on a swivel. They really activate a lot in the offensive zone and our guys were defensively, I guess you’d say brain-dead.”

The Bruins, who have made a habit out of dominating the third period, did no such thing on Thursday night. In their six games prior to facing Buffalo, Boston outscored its opponents 7-0 in the third period. Thursday, they were outscored 4-1 in the final 20 minutes.

Making things more frustrating for Boston is the fact that they actually had a lead in the second period. After giving up the game’s first goal, the Bruins stormed back with three second-period goals — one from Rich Peverley and two from Brad Marchand. However, the B’s allowed two goals in 1:33 late in the second period to cough up the lead. Thursday actually marks the first time in 43 games the B’s have lost a game in which they held a two-goal lead.

Keeping with the defensive oddities was the fact that it was one of Bruins captain Zdeno Chara‘s worst games in recent memory. He was a minus-3, and he committed a critical turnover that led to a 2-on-1 on the Sabres’ first goal of the game.

“They have some good players, they made some plays, but I think it was more about us defensively,” the 2009 Norris Trophy winner said.

“Sometimes you?re going to have nights like that,” he admitted. “I didn?t play my best game, that?s for sure. I made some mistakes that cost us.”

The good news for the Bruins is that it’s only one game, but it was an ugly one. They don’t have much time to stew over it, either, as they head to Toronto on Saturday night where a Maple Leafs team that has scored 15 goals in their last four games awaits the Bruins.

It’s just a setback for now, and there’s no reason to believe, Julien and Co. won’t have the ship righted by Saturday night. But for one night, at least, they looked like a totally different team than we’ve come to expect in this era of Bruins hockey. 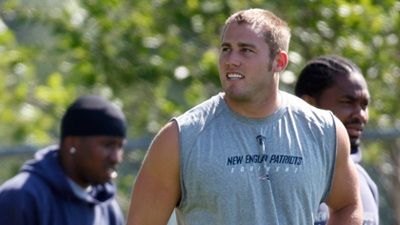