Chandler Jones Will Do MMA Training With Brother Jon 'Bones' to Improve for Patriots Next Season - NESN.com Skip to content When healthy, Chandler Jones was one of the best pass rushers in the AFC this year. But even after a standout rookie season in New England, Jones knows he can improve and is even taking lessons from his older brother to do so.

Jones is down in New Orleans this week to support older brother Arthur Jones, a defensive lineman for the Baltimore Ravens, on his first trip to the Super Bowl. But even with Arthur’s wealth of knowledge and experience in the NFL, it’s actually Chandler’s other brother, mixed martial arts champion Jon “Bones” Jones, who he plans to learn from this offseason.

“I’m headed to Alberquerque, New Mexico to do some MMA training. We’re going to do some conditioning down there,” Chandler Jones said of his plans during an interview on the Felger and Mazz show on Wednesday.

“That definitely helps you,” Jones said. “[Jon] has a boxing coach, a muay thai coach and a jiu jitsu coach. That helps a lot when you’re tugging, playing in the trenches. My biggest thing is I try to get my hands inside before blockers touch me so if I work on my hand speed, that’ll be a great aspect to add to my game.”

Jones finished his rookie season with 45 tackles and six sacks in 14 games for the Patriots, but nagging ankle injuries kept him from recording a sack over his final six games of the season or from playing in the Patriots’ AFC championship Game loss to the Ravens. Even with an impressive first season, Jones can’t be happy to watch the Super Bowl from the sidelines this week, and he’ll undoubtedly be using his brother’s assistance to be on the field for the game at this time next year. 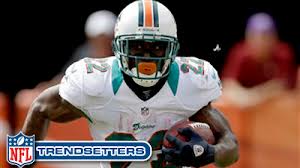 Reggie Bush’s Time in Miami Is Up, Dolphins Would Be Smart to Let Him Go