Hartford hockey fans are probably very happy that the NHL has returned, but they won’t be completely satisfied until the “Brass Bonanza” is blasting once again.

Connecticut governor Dan Malloy is doing everything he can to make that happen, according to The New York Post.

The Post’s sources are indicating that Malloy has formed a group to look into bringing a team back to the Hartford-New Haven market. The group has even approached at least one potential buyer.

The Hartford-New Haven TV market is the biggest market without a major-league sports team.

A second source told The Post that Malloy’s plan is to build a new arena, but not necessarily in Hartford. Last summer, commissioner Gary Bettman told Malloy an investment of $480 million would be needed to build an arena but that it was “unlikely” that a team would relocated to the Constitution State.

Chip Kelly Waiting to Take Over as Patriots Head Coach, According to Oregonian Writer 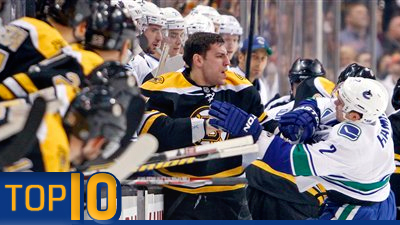