The Red Sox have brought a stash of prospects to the Boston area to help the youngsters learn about the organization and the city. But Jackie Bradley Jr. sounds like he’s already so attuned with behaving like a big leaguer that he could teach a seminar or two.

Bradley was diplomatic when asked Friday about where he fits in with the organization, especially with the questions surrounding longtime center fielder Jacoby Ellsbury, who is in the final year of his deal with the Red Sox. At first, Bradley played off a question about Ellsbury becoming a free agent as a joke, asking, “Oh, he is?” with a straight face. But then he gave the answer that every Red Sox fan wants to hear from a hungry up-and-comer.

“I see opportunity anywhere,” Bradley said, according to Peter Abraham of The Boston Globe. “It’s being able to take advantage of every single opportunity that you get whatever that may be. I’ll make sure I’m ready for it.”

Bradley continues to shine in the Red Sox’ minor league system. He was named the team’s defensive player of the year last season and hit .315 with 63 RBIs, including a team-high .430 on-base percentage. He is primed to continue his ascent through the organization, especially with college experience under his belt, and could see playing time in the big leagues as soon as this year.

LeBron James, Dwyane Wade Say ‘No One Will Ever Be Able to Compare What We Went Through’ 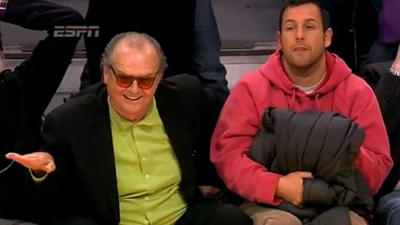