BOSTON — The Houston Rockets were in town on Friday, meaning Kevin Garnett got a chance to go up against his one-time teacher and mentor, Kevin McHale.

The Rockets coach has been through a harrowing year, having lost his 23-year-old daughter, Sasha, to lupus in November. Her death led to an outpouring of sympathy, including from Courtney Lee, who played under McHale in Houston last season. Garnett and McHale shared a long embrace after the Celtics’ visit to the Toyota Center in December.

Being back in Boston gave McHale a chance to rekindle some happy memories, as well as reflect on his long relationship with Garnett. After Garnett was drafted out of Farragut Academy in 1995, McHale was one of his first teachers in the NBA. Even though McHale then worked in the Timberwolves’ front office, he regularly came to the court to teach Garnett some low-post tricks.

Now that Garnett is on his way to joining McHale in the Hall of Fame, it is clear that the two big men could not be more different — Garnett is a pass-first player, McHale by his own admission was a pass-never player — but their bond runs deep.

With that, allow us to simply get out of the way and let you read what each had to say about their relationship.

Garnett: “Kevin hasn’t been my coach for a long time, but he’s taught me a lot. I see some things that I remember sometimes when I watch some of his teams play. The disadvantage is, he’s taught me everything, so he’s telling them everything that I know. Luckily, I’ve obtained some different things over the years.

“Other than the competition, it’s always good to see people that you’ve worked with before in the game. I think Kevin’s one of the best teachers that I’ve ever been around. He has a lot to give to the game, always has. He loves basketball, so any time you have somebody who loves basketball, it’s good that they’re still around.”

McHale: “We worked on some stuff, but he had such a unique skill set. We worked on some fadeaways, we worked on some post-ups. Especially when teams were more physical, he really learned how to post and get to his spot. We worked a lot on positioning. With him, he just had such a different skill set. That turn-around fadeaway we worked on, that kind of became his go-to move, but he was such a good player from the elbows and such a good player from all over that just putting him in the low post was a disservice to the kid. He was a great high-post passer, elbow passer. He could pass out of the post.

“I’ve said this before about him: He’s one of the most unique players because he’s going to get 25,000 points before it’s over with, and he’s a pass-first player, which is amazing. Most pass-first guys score 8,000 points. He’s going to have numbers that shoot-first guys don’t get. Since I’ve known him as a young kid, he’s always been a pass-first player. He’d much rather just make the play, whatever it is, than shoot the ball. It just goes to show how gifted he is.”

Doc Rivers: “They’re exact opposites. Other than that, they’re both great players. It’s funny, our Kevin kills you with intensity. That Kevin, we laugh about it now, some of the stuff he said on the floor — he joked around half the time and then he ended up with 30 points and 20 rebounds. We were laughing. He would always ask me on the first free throw, ‘When are you trapping me? Because I know you are. I just want to know so I can shoot it quicker. I’m going to shoot it, I just want to know when I should.’ He was a fun-loving, great player. In my mind, it’s still him and [Hakeem] Olajuwon, I can’t even think of a third, as far as having footwork as good as we’ll ever see.”

McHale: “I did not pass. Kevin did not get that from me. I told him ‘pass’ was a bad word. It’s a four-letter word.” 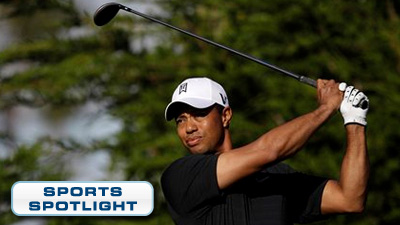