LeBron James, Dwyane Wade Say 'No One Will Ever Be Able to Compare What We Went Through' - NESN.com Skip to content The Miami Heat are the reigning NBA champions. And, in case anyone is wondering, they’re also the champions of getting the most criticism — because, you know, that’s also worth keeping score on.

The need to clarify this came up in the midst of Los Angeles’ recent slide. The Lakers have been getting plenty of negative attention lately for how poorly they’ve been playing, but a couple of defending champs just want everyone to know that the likes of Kobe Bryant, Steve Nash, Pau Gasol and Dwight Howard have nothing on the heat that Miami took when LeBron James, Dwyane Wade and Chris Bosh teamed up in 2010.

Wade had similar comments, and they have a point. While the Lakers certainly have a strong following, and while the team has fallen far short of expectations even after firing coach Mike Brown, those players are just absorbing the vitriol of fans disappointed in losses and lowered expectations. The Heat, on the other hand, seemed to be attracting hatred akin to making a deal with the devil when they first banded up and then had a hard time meshing in their first season.

But the other part of this is that James is patting himself on the back for something he created. It’s one thing to say you’ve overcome some of the worst criticism in the world. It’s another if you’re the person who has made moves worthy of some of the greatest criticism in the world. Of course the Lakers aren’t dealing with that level of hate and garbage, but they also haven’t bit the hand that fed them and asked to be vilified.

James and Wade will have the distinction of having weathered some of the worst criticism in sports and having risen above it for the ultimate victory. But their attitude in such transcendence — making sure everyone knows just how bad it was and how they overcame it — is another matter. It doesn’t make them any more of a champion if they created a bed of nails to walk through and then walked through it. Overcoming adversity is a mark of being a champion, but unnecessarily creating adversity is just egomaniacal.

And, coincidentally or not, this kind of self-aggrandizing behavior is exactly what got people irritated at the Heat in the first place.

Ah, now we see. James and Wade may be fishing for more motivation for another title run. Surely, someone can provide it. 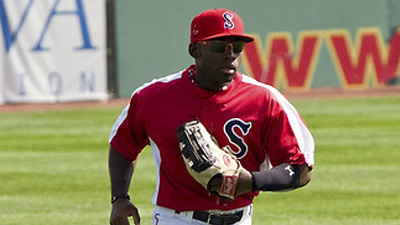