As you might expect, we’re leading this week’s mock draft with the big story of the week: Luke Joeckel.

But in all seriousness, Manti Te’o’s current predicament with the now exposed hoax of his supposedly deceased “girlfriend” Lennay Kekua could seriously alter his draft stock.

With that in mind and without delving too far into Te’o’s still mind-boggling situation, we’ll jump into our fourth edition of the 2013 Mock Draft and see what we can make of this mess of college football talent.

Editor?s Note: Draft order based on current NFL standings through the divisional round of the NFL season. Tied records are divided arbitrarily.

1. Kansas City Chiefs (2-14):
Luke Joeckel, OT, Texas A&M
None of the available quarterback options are truly deserving of No. 1 consideration, so the Chiefs might as well go with the next best thing. Joeckel is a solid left tackle and, paired with Brandon Albert, could set the stage for a very good, young offensive line.

2. Jacksonville Jaguars (2-14):
Jarvis Jones, OLB, Georgia [Previous pick: Star Lotulelei, DT, Utah]
The Jaguars are terrible at pressuring the quarterback, actually ranking last in the league with just 20 sackson the season. Gus Bradley should change that, but even if Jason Babin sticks around they’ll need someone else to get after the quarterback. Jones is the best pure pass rusher in this class, and while No. 2 is high for an outside linebacker, he’s deserving of the high regard.

4. Philadelphia Eagles (4-12):
Bjoern Werner, DE, Florida State
Werner is a pass-rushing machine, and the Eagles could definitely use some help on that side of the ball. With Chip Kelly now leading the ship, it wouldn’t be a shock to get an offensive player here, but the defense is really what needs fixing in Philly.

5. Detroit Lions (4-12):
Damontre Moore, DE, Texas A&M [Previous pick: Dee Milliner, CB, Alabama]
Moore gets after the quarterback, and could even see his stock rise into the top two at some point, so getting him here would be a steal for the Lions. Getting pressure was an issue for Detroit all season, and putting Moore alongside Ndamukong Suh would make for quite a dangerous front four.

6. Cleveland Browns (5-11):
Chance Warmack, G, Alabama [Previous Pick: Damontre Moore, DE, Texas A&M]
Brandon Weeden made some great progress as his rookie season went on, but he’ll need some more help up front before the Browns see exactly what he’s capable of. This is usually high for an offensive guard, but Warmack proved in the BCS National Championship Game just how valuable he is.

7. Arizona Cardinals (5-11):
Geno Smith, QB, West Virginia
Some people aren’t so sold on Smith, or any quarterback in this class for that matter. This might still be a reach at this point in the draft, but quarterback is still the most important position on the field and the Cardinals need one badly.

8. Buffalo Bills (6-10):
Barkevious Mingo, DE, LSU
The Bills already have Mario Williams, but they could use some help opposite Super Mario to help create some pressure. Then again, new head coach Doug Marrone might look for some offensive help ahead of fixing that defense.

9. New York Jets (6-10):
Dion Jordan, DE, Oregon [Previous pick: Jake Matthews, OT, Texas A&M]
The Jets still need help on the offensive line, but Jake Matthews is heading back to school and I’m not sure Taylor Lewan is a top-10 guy. Jordan, on the other hand, is a monster off the edge and should help the Jets bring more pressure.

10. Tennessee Titans (6-10):
Alec Ogletree, MLB, Georgia [Previous Pick: Manti Te?o, MLB, Notre Dame]
Te’o was projected here previously, and the Titans still need a man to run the show in the middle. Barring all the controversy, Ogletree might still be the best long-term prospect between the two middle linebackers. Taking Ogletree here is as much a credit to his play as it is Te’o’s uncertainty.

11. San Diego Chargers (6-10):
Keenan Allen, WR, California [Previous pick: Chance Warmack, G, Alabama]
With Mike McCoy now in as the head coach, he’ll be looking to fix Philip Rivers‘ problems as quickly and painlessly as possible. So, how do you do that? Give him some weapons, and see how they interact. Allen would be a start.

12. Miami Dolphins (7-9): Eric Fisher, OT, Central [Previous pick: Keenan Allen, WR, California]
The Dolphins could go receiver here, but with Jake Long‘s future still unsettled in Miami, they might be best served to go for a replacement at the tackle.

13. Tampa Bay Buccaneers (7-9):
Manti Te?o, MLB, Notre Dame [Previous pick: Dion Jordan, DE, Oregon]
Obviously, the Te’o story is still unfolding and we won’t know exactly what sort of impact it will have on his draft stock for some time. But Greg Schiano doesn’t mind taking risks, which was seen throughout his rookie season as the Bucs’ head coach, and he’d likely jump at the upside with Te’o.

14. Carolina Panthers (7-9):
Taylor Lewan, OT, Michigan
Cam Newton is the Panthers? franchise quarterback, and they?d like to keep it that way. Add Taylor Lewan opposite Jordan Gross, and the Panthers would finally have the pair of bookend tackles they so desire.

15. New Orleans Saints (7-9):
Dee Milliner, CB, Alabama [Previous pick: Johnthan Banks, CB, Mississippi State]
The Saints’ secondary was terrible in 2012, and Milliner should help them settle some issue. He wasn’t all that impressive in the BCS title game, but he’s still talented and made a few nice plays that could still see him sneak into the top 10. He’s a great value here.

16. St. Louis Rams (7-8-1):
Kenny Vaccaro, S, Texas [Previous Pick: Justin Hunter, WR, Tennesse]
Unlike the Saints, the Rams were great against the pass in 2012. Still, they could get even better. If Vaccaro’s still available, he would be a good find for a team quickly on the rise under Jeff Fisher.

17. Pittsburgh Steelers (8-8):
Johnathan Hankins, DT, Ohio State
Casey Hampton (36 years old) sure isn’t getting any younger, and Johnathan Hankins could be his perfect successor up the middle for the Steelers? defense heading into the future.

18. Dallas Cowboys (8-8):
Shelden Richardson, DT, Missouri [Previous Pick: Matt Barkley, QB, USC]
Richardson is quick off the snap and great in short-yardage situations. The Cowboys didn’t seem capable of stopping anyone in short yardage situations in 2012, so it seems like a match made in heaven — depending on what new defensive coordinator Monte Kiffin wants to do, of course.

19. New York Giants (9-7):
Ezekiel Ansah, DE, BYU
Ansah is a bit inexperienced (the  former track star only started playing football in 2010), but he boasts incredible size (6-foot-5, 270 pounds), strength and quickness. He may draw some comparisons to Jason Pierre-Paul and Chandler Jones, which should be reason enough to take a chance on the kid.

20. Chicago Bears (10-6)
Jonathan Cooper, OG, North Carolina [Previous Pick: Eric Fisher, OT, Central]
Jay Cutler needs help, and with no realistic offensive tackle left they decide to find something just as valuable. Cooper is a beast on the interior and should help shore things up for Cutler up front.

21. St. Louis Rams [via Washington Redskins (10-6)]:
Justin Hunter, WR, Tennesse [Previous Pick: Jonathan Cooper, OG, North Carolina]
Fisher might be taking a chance waiting this long to get Hunter, but then again, Cordarrelle Patterson would still be available as a backup plan. Hunter’s got the frame of a big-play receiver, which is just what Sam Bradford needs.

22. Minnesota Vikings (10-6):
Cordarrelle Patterson, WR, Tennessee [Previous pick: Terrance Williams, WR, Baylor]
This is simple. The Vikings need help on the outside, and Patterson might be the best deep-threat receiver in this draft.

23. Cincinnati Bengals (10-6):
Sylvester Williams, DT, North Carolina
Williams is a strong and relatively quick defensive tackle, which should help stuff the run for the Bengals. Arian Foster made them look foolish in the playoffs, and filling that void would be a huge gain for an already impressive defense.

24. Indianapolis Colts (11-5):
Jonathan Jenkins, DT, Georgia
The Colts are just painful to watch against the run, and Jenkins will help.  He takes up multiple blockers at times and would help open lanes for Dwight Freeney and Robert Mathis to pressure the quarterback. The Colts are on the verge of something great, but first they need to slow down the run.

25. Seattle Seahawks (11-5):
Tyler Eiffert, TE, Notre Dame [Previous pick: Zach Ertz, TE, Stanford]
At least one Notre Dame player saw his stock rise during the BCS championship disaster. Eiffert is as talented a pass catcher as is available in this draft, and while Zach Miller reemerged during the Seahawks’ playoff run, they could use a young to build a strong foundation with Russell Wilson.

26. Green Bay Packers (12-4):
Shariff Floyd, DT, Florida [Previous pick: Alec Ogletree, MLB, Georgia]
The Packers allowed Adrian Peterson to run for over 500 yards in three games this season. Colin Kaepernick and the 49ers then one-upped him with over 300 yards of their own on the ground in the playoffs. Green Bay obviously needs some help, and Floyd is a big body who can clog up the middle.

27. Houston Texans (12-4):
Terrance Williams, WR, Baylor [Previous pick: Cordarrelle Patterson, WR, Tennessee]
Matt Schaub didn’t look too comfortable against the Patriots, but giving him another deep threat to pair with Andre Johnson might help. Williams was the most productive receiver in college in 2012, and he should be a solid talent at the NFL level, too.

28. Denver Broncos (13-3):
Johnthan Banks, CB, Mississippi State [Previous Pick: Shariff Floyd, DT, Florida]
We all saw what Joe Flacco did to the Broncos’ secondary in last week’s playoff game, and now Denver needs to focus their attention on improving that part of their defense. Champ Bailey is still an elite talent — although he looked rather suspect against Torrey Smith — but he’s not getting any younger. The Broncos are built to win now, and getting immediate help in the secondary should be a top priority.

29. Baltimore Ravens (10-6):
Sam Montgomery, DE, LSU [Previous pick: Alec Ogletree, LB, Georgia]
Paul Kruger is quickly becoming a monster for the Ravens in the pass rush, but they could still use some help opposite him on defense. Montgomery is good off the edge, and should help make up for the transition the Ravens will face without Ray Lewis.

30. San Francisco 49ers (11-4-1):
Kwann Short, DT, Purdue
Isaac Sopoaga and Justin Smith, both already in their 30s, aren?t getting any younger. Kwann is a big, strong lineman, who should help keep this run defense strong and continue creating rushing lanes for Aldon Smith for years to come.

31. New England Patriots (12-4):
Xavier Rhodes, CB, Florida State [Previous pick: Kenny Vaccaro, S, Texas]
The Patriots have been better in the secondary since Aqib Talib entered town at midseason, but his place in New England isn’t sure beyond this season. Rhodes is a big, physical corner and could make for a solid combination with Talib on the outside, or a good replacement if he doesn’t return.

32. Atlanta Falcons (13-3):
Zach Ertz, TE, Stanford [Previous pick: Alex Okafor, DE, Texas]
Tony Gonzalez is about to retire and the Falcons need someone to replace his production in Matt Ryan‘s offense. Ertz is a good receiver and a strong blocker, which should help make Gonzalez’s retirement at least a little bit easier to bear. 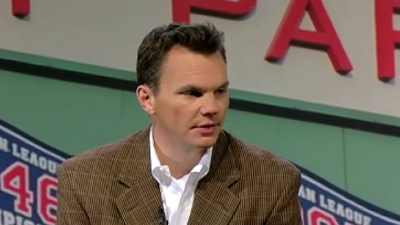