All right, all you hockey-starved fans. We’ve got some games for you.

The NHL has released the schedule for the 2013 season, and the action starts Jan. 19 with 13 games. The matchups are then packed in there all the way to April 27, with at least one game each night, ensuring each team has a 48-game season over the 99 days.

Teams will only play within their conferences this year, with 18 games within the division and then three games against each of the 10 remaining non-divisional opponents.

The Los Angeles Kings will start the season after raising their 2012 championship banner on Saturday, Jan. 19, at 3 p.m. against the Chicago Blackhawks. The Bruins open that night against the Rangers.

Can Peruvian Goalkeeper Angelo Campos Ever Outdo This Stunning Double Save? (Video) 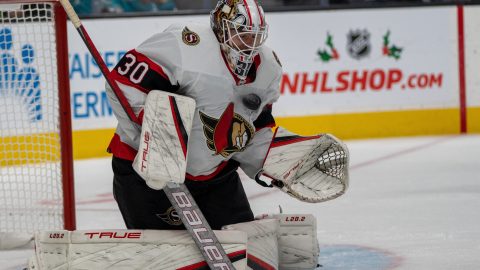