BOSTON — Paul Pierce and Kevin Garnett had gotten used to running damage control. Their task, during the first two months of the season, often was to hand the Celtics’ bench a workable lead and pray that the score stayed manageable while they sat, so they could reclaim the lead later.

The approach did not always work, as their dreadful December and five-game losing streak entering the new year attest. When Celtics coach Doc Rivers insisted the problems could be fixed, he was met mostly with blank, incredulous stares. Now the Celtics are doing everything their coach predicted they could, and more. The second unit that was such a drain has been reborn, as the return of Avery Bradley to the starting lineup has secured the lineup rotations. The “scary deep” squad Pierce tweeted about in preseason truly has been frightening for opponents to face.

“They’ve been huge for us during this winning streak,” Pierce said after the bench combined for 40 points in 93 minutes in a 103-91 victory over the Rockets to run the Celtics’ streak to five straight wins. “They’ve been coming in and been able to not only sustain leads, but come in and push leads. I come out of the game, and we’re down three or four, and I come back in and we’re up 10. That’s a lot of pressure off me and the rest of the starters when you’ve got a bench playing so confident, playing great defense and moving the ball.”

Once again, led by the bench, the Celtics out-hustled an opponent en route to a win. In a stirring second-quarter flurry, the unit of Jared Sullinger, Courtney Lee, Jason Terry, Jeff Green and Garnett seemed to grab every rebound and track down every loose ball. Terry and Green got floor burns gobbling up loose balls that turned into Celtics baskets, while Sullinger piled up eight points and five of his game-high 11 rebounds.

When Pierce  exited the game with a little over three minutes to go in the first quarter, the Celtics trailed by five. When he re-entered with four minutes remaining in the second quarter, they led by 11 points. Not even Pierce’s 23 points were as telling as that statistic.

The key aspect to the bench’s performance of late is more than pure adrenaline, however. Boston’s reserves now appear to trust each other as much as the starters, who teamed up to play all the major minutes in the Celtics’ run to the Eastern Conference Finals last season. For a solid 12 minutes of game action, the backups moved in even greater unison than Rajon Rondo, Brandon Bass, Garnett, Pierce and Bradley had to begin the game.

“We’ve decided to defend as a group full-time,” Rivers said, “and stay committed to it.”

That team-wide effort held James Harden to 24 points, marking the first time in 14 games that he has failed to reach at least 25 — the longest such streak in franchise history. But the defense did more than halt a relatively meaningless individual statistical streak. If not for the second unit’s performance, certainly Harden might have gotten his 25 points, but more importantly, the Celtics might not have come out with a victory. Pierce and Garnett may not have had the juice to carry them down the stretch.

The Rockets should have been finished early in the fourth quarter when Garnett completed a three-point play to put Boston ahead by 14 points. Instead, the Rockets continued to chip away. Once Chandler Parsons converted a bad pass by Rondo into a breakaway dunk, Houston trailed by only two points with more than seven minutes remaining. The fans at the TD Garden were justifiably concerned.

As it turned out, those fans had little reason to worry, because Pierce and Garnett were present and fresh. Pierce came out of the Boston timeout to hit a step-back jump shot. Two possessions later, after two free throws by Rondo and a putback dunk by Bass, Pierce picked off a pass by Harden and barreled down the court for an and-one layup to extend the lead to double digits again. Garnett then put the game out of reach with a personal 6-2 run, which he punctuated with a hop-step slam that brought to mind his days as a vicious dunker with the Minnesota Timberwolves.

It is possible that none of those big shots would have happened, however, if not for the bench’s spurt earlier in the game. Thanks to the run and the extended rest it afforded several of the starters, Pierce was able to stay fresh and ready to take over in crunch time. Extra time on the bench is invaluable for a star who is only 35 in human years but is pushing Social Security eligibility in NBA years.

“They’re saving us,” Garnett said. “Let’s all be real. The bench is saving us. Everybody that’s coming off the bench is giving us great minutes.”

The reserves saved the starters early, so the starters could save the game late. This sort of division of labor is much easier for Pierce and Garnett to handle, and has led to an exponential improvement in workplace morale. 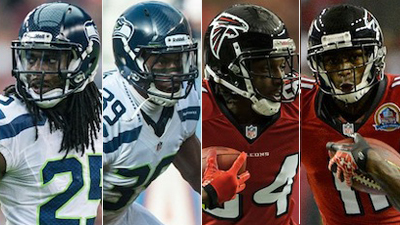