There’s no way around it, the Pro Bowl is not a good football game.

Every year, NFL’s annual all-star game in Hawaii is ridiculed by hardcore fans and casual observers alike as a waste of time, with even the normally straight-faced Associated Press getting its jabs in from time to time. Calling the game a glorified scrimmage is giving it too much credit.

Nobody expects the intense, hard-hitting brand of football we are accustomed to seeing in the regular season and playoffs. This is the case in every league, as MLB All-Star teams rotate pitchers every inning and point totals in the NBA’s version have been known to top 300. And with collisions and potential for injury so ingrained into the game of football, it’s natural that it loses some of its appeal when the players dial it down a bit.

But when toned down gameplay — which includes rules that prohibit blitzing, offensive motion and all but the most basic of defensive fronts — is paired with the least star-studded lineups of all professional all-star games, the result is a boring, sloppy performance.

This year, 32 of the players originally selected to the Pro Bowl will not participate for various reasons. This happens with all All-Star games, though, right? In fact, the total of number of players selected to the 2012 MLB, NBA and NHL All-Star Games that did not participate due to injury or other obligation is less that half that of the NFL’s (the MLB and NHL each had five no-shows while the NBA had one).

Center and cornerback were the only positions not to require replacements this weekend.

A reason for this is timing. A mid-season all-star event would not be feasible in professional football, so the NFL is the only league that holds its at year’s end, when many players have already settled into offseason life. The league’s recent decision to move the Pro Bowl from the weekend after the Super Bowl to the weekend before, disqualifying any championship participants from competing, has caused additional problems. This also eliminates many of the players from the conference championship round’s losing teams, as well, who — for one reason or another — decide not to make the trip.

The timing had an especially strong effect on this year’s game. Of the 25 Pro Bowlers that took the field in last week’s conference title games, only three (New England’s Jerod Mayo and Matthew Slater and Atlanta’s Julio Jones) will suit up on Sunday. As is expected with the league’s best teams, 15 Pro Bowlers are on Super Bowl rosters, including a league-high nine 49ers.

This lack of star power could possibly be overlooked if the NFL directed its focus away from the game itself onto the smaller, more fun events that surround most all-star games. The Home Run Derby and Slam Dunk Contest draw far more interest from baseball and basketball fans, respectively, than their corresponding games do. But rather than embrace this trend, the NFL has gone the other way, eliminating its annual skills competition — which featured Pro Bowlers competing in various training camp-style drills — in 2007.

But despite all these flaws, the Pro Bowl still manages to bring in viewers. A whole lot of viewers, in fact. A total of 12.5 million people watched the 2012 edition, a million more than the MLB All-Star Game in Kansas City, on par with Games 1-6 of last year’s Celtics-Heat Eastern Conference Finals and beating out every bowl game except the Rose Bowl, Fiesta Bowl and the BCS National Championship.

With this type of viewership — and the revenue that comes along with it — the league would honestly be crazy to discontinue the Pro Bowl, even with the sad state that it’s in. Fans can only hope that the league takes cues from its fellow sports to present something watchable in the years to come. 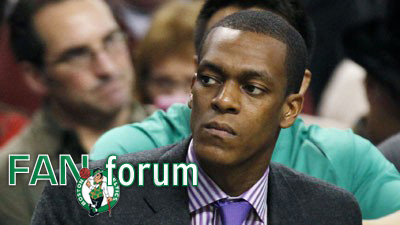 Vote: What Does Rajon Rondo’s ACL Injury Mean for the Celtics? 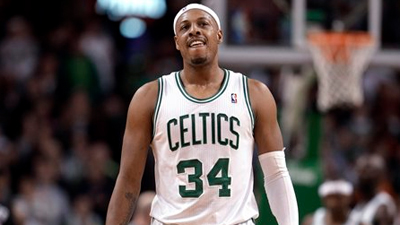