PHOENIX — Arizona Diamondbacks right fielder Justin Upton vetoed a trade to the Seattle Mariners, a person with knowledge of the situation said Thursday.

The person asked to remain anonymous because Upton’s decision had not been made public. Upton’s contract gave him the power to turn down a trade to a short list of cities, Seattle included.

The Diamondbacks have a glut of outfielders and Upton, a former All-Star, is by far the most marketable. He is coming off a subpar season in which he was bothered by a thumb injury.

Even though he is just 25 years old, Upton has played five full major league seasons, so his best years could well be ahead of him. Last season he hit .280 with 17 home runs and 67 RBIs but did score a career-high 107 runs. In 2011, while helping Arizona to its surprising NL West crown, Upton hit .289, with 31 home runs and 88 RBIs, the latter two categories are career bests. Overall, he’s a career .278 hitter with 108 home runs.

The younger brother of major leaguer B.J. Upton, Justin was the first overall pick in the 2005 amateur draft. He has three years and $38.5 million left on his contract, making him highly affordable by today’s salary standards.

While Diamondbacks general manager Kevin Towers has consistently downplayed the talk, there has been speculation about Upton’s possible trade throughout the offseason. That talk will only increase with word that Arizona had a deal with Seattle.

The chances that someone — most likely Upton or left fielder Jason Kubel — would be traded grew when the Diamondbacks signed free agent outfielder Cody Ross. That gave Arizona four veteran outfielders — Upton, Ross, Kubel and Gerardo Parra, as well as two rookies the organization feels are ready for the big leagues — Adam Eaton and A.J. Pollock. Eaton, particularly, has drawn praise from Towers as the team’s leadoff batter of the future. Trading Chris Young to Florida appeared at the time to clear the way for Eaton in center.

Recent activity suggests Upton, for the first time in his career, could well be elsewhere. 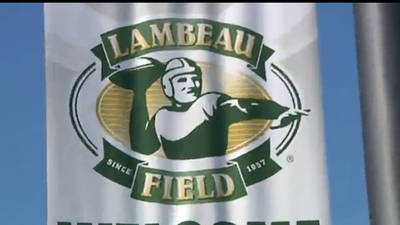 Milan Lucic: ‘I Haven’t Gotten Fat, I Know That Much’